“Screenwriting is a breezy journey on tranquil waters, until the first of a dozen angry sea monsters surfaces.” – Old Sicilian proverb (that I just made up)

No other profession is so widely regarded as easy by laypeople, yet so difficult to actually master.

It’s like that episode of The Simpsons where Homer, stuck in a tar pit, thinks he simply needs to struggle a little to get out. Naturally that doesn’t work, so he reaches in with his arms to pull out his stuck legs… And when that obviously fails, he’s left with the brilliant idea of pulling out his stuck arms with his face.

Luckily he had Stampy the elephant to pull him out. Scriptwrecked is sorta like Stampy for screenwriters, only much less likely to butt you with its head. It’s a place where aspiring screenwriters can freely ask questions, and obtain help, tips and guidance from someone who genuinely wants to see them succeed. 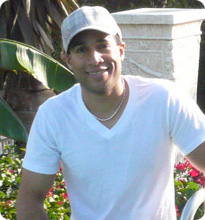 And who am I? Well, I’m a professional screenwriter, who absolutely loves movies. More importantly, I’ve studied screenwriting extensively for years. During this time, I have helped hundreds of screenwriters, at all levels, improve their craft.

As an eagle-eyed reader, I also have a script proofreading service that has become very popular over the years. I’ve become the go-to guy for amateurs and pros looking for a seasoned pair of eyes to catch the mistakes that others will miss.

With screenwriting, it’s easy to get washed up on the rocks of your script. Scriptwrecked.com was created to help get you safely back on your writer’s journey.