Seven ways to ensure your scenes are lean and mean 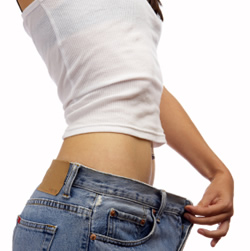 Like exercising, screenwriting takes discipline. Before you sell your script, there’s no one there to police your scenes but you. As such, one of the most common mistakes writers make is they allow their scenes to binge on the Vegas-sized buffets of their imagination.

And their scenes get fat.

What I mean is, it’s easy to get wrapped up in the world of your characters and end up with a scene that’s much larger and longer than it should be. This can lead to script bloat which, if left unchecked, can be fatal to your screenplay. We need to make sure that doesn’t happen.

Seven Ways To Ensure Your Scenes Are Lean And Mean

It’s an old screenwriting adage. It means that you should start your scene as late as possible (cut out all the non-essential stuff at the beginning of the scene), and end your scene as quickly as possible. In essence, you should ask yourself, “How short can I make this scene and still achieve its purpose and maintain the maximum impact?”

Take that scene from the end of Star Wars. Luke, Han and Chewbacca walk into the throne room, march between the ranks of soldiers, get up to the stage, receive their medals, share an inappropriate look or two with Princess Leia, and then the scene ends. There weren’t even any words spoken. It was powerful and triumphant.

But what if before the room doors open, Han checks his hair in the mirror, Luke mumbles something about stage fright and Chewie dries off with a towel after his flea bath? Lame.

Or what if at the end of the scene, C-3PO dances a jig, Han poses for pictures and Luke invites Leia out for some roasted Ewok. Strange and unsettling, sure, but most importantly, it’s unnecessary. It slows things down and loses the energy from the scene that came before.

It’s easy to fall in love with your characters and just have them interacting and existing in their world, without any purpose to it. If their actions aren’t advancing the plot, they should be advancing out of your script.

Suppose I have a scene where 13 year old Billy is at the dinner table and he’s becoming upset because his parents are shouting at each other. I could write a block of dialogue where Billy suddenly yells at his parents to shut up, then says something heartfelt about how they’re making him feel.

Or… I could have Billy grab his glass of juice and throws it against the wall.

Short, simple and it got the point across in one line. Billy showed us, he didn’t tell us. The scene is then less “on the nose” and also several lines shorter.

While showing is good, be careful you…

3. Don’t show everything that would have happened to your character

If I need to have a scene in my movie where my protagonist has an awkward breakfast with his wife that’s just arrived home at 8 a.m. after a night out partying with “the girls,” I don’t need to first show him getting up, picking out what to wear, brushing his teeth, petting the dog, making the waffles, etc.

Just because my character would have done these things, doesn’t mean I need to show it. It’s just filler. So it goes into the garbage disposal.

4. Ask yourself if less is more

A classic example of the less is more principle is that Raiders of the Lost Ark scene where Indy shoots the sword-wielding man. It’s infinitely better than a protracted fight scene. This was actually an example of a good directing choice (the fight scene was in the script), but its lesson is still valid.

Thelma and Louise ends with a bunch of slow motion shots of the duo driving off the edge of a cliff. We know they end up dying in a fiery crash. We don’t need to see it. It was a more powerful choice to leave that part up to the viewers’ imaginations… Unless, you’re writing a horror movie. In which case, zombie Thelma and Louise should bite someone on the ankle when they get too close to the wreckage.

Always ask yourself: Would my scene would be more powerful if I end it before the audience sees what it knows is about to happen? Most times, ending a scene after two lovers tumble onto a bed is far better than showing what comes next. If we get it, and there are no surprises, you don’t need to write it.

If you’re writing a scene that happens anywhere in the middle of your movie, you should always end the scene with the viewer wanting more; wanting to see what comes next. Often times you can generate that excitement and anticipation by ending a scene before showing too much of a good thing.

It happens all the time in romantic movies. The soon-to-be lovers have fantastic chemistry… sparks are flying… an accidental brush of the hands here, an awkward stare there… and the scene ends.

You’re left hanging, but in a good way. You can’t wait to see the next situation these two are in, because you’re sure, this will be the time they finally kiss… and then of course it isn’t. So you’re teased along until they do finally kiss, but then the girl, who suffers from multiple personality disorder, runs away saying, “What am I doing? I’m a lesbian!” and you’re left hanging again.

Look at the structure of your scene. See if you’re hitting the same beats. That goes for both action and dialogue.

In dialogue, it’s even easier to make this mistake. Take the line:

I trusted you! I took you at your word! It’s Eight A.M. Helen!

The sentence: “I took you at your word!” is redundant. It’s not adding anything new to the dialogue. So cut it, or the previous line. Saving a line here and there can can be a huge blessing when your script is running long.

7. Remember the point of the scene

A scene should ideally develop character and advance the plot. If it’s a comedy, there should probably be a laugh in there as well. If it’s doing anything else, have a hard look at the scene. There may be some fat to trim.