Do you have an active protagonist? 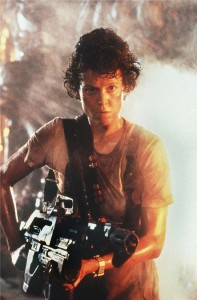 One of the most common problems I encounter in scripts is the passive protagonist.

If you’re writing a mainstream Hollywood movie, you need to make sure your protagonist is active.

What does it mean to have an “active” protagonist?

“An ACTIVE PROTAGONIST, in the pursuit of desire, takes action in direct conflict with the people and the world around him.”

The protagonist is the one pushing the action and pursuing their external goal with dogged determination. That’s the hero we want to see (in any genre of movie). They are not merely reacting to things being thrown at them or being pulled along through the adventure.

In a group dynamic, the active protagonist becomes the leader. He or she is the character who, after Act I, begins to make the critical decisions.

In a Hollywood script, there really are only three allowable times that your main character can be somewhat passive:

1. In the first few pages of your script

Before the main story catalyst occurs, your protagonist can be somewhat passive in their normal world — but only if that’s part of the your hero’s overall character arc. If your hero’s journey takes them from a place of weakness to strength, then this approach is acceptable.

However, if your character doesn’t have this specific arc, it’s not advisable to have a passive protagonist at this stage of your story. It becomes very difficult for the audience to empathize with, and respect, someone who isn’t trying to take control of their lives.

Remember, even wimps can be proactive. Just because they get their their lunch money taken away, doesn’t mean they don’t first try to take steps to avoid the bullies — that’s being active. Active is always more compelling than passive.

Typically within the first 8 to 15 pages of a script, something happens that disrupts the hero’s normal world. It might be an opportunity that presents itself, like going along as an observer with a rag-tag group of military types to investigate some missing colonists (Aliens).

Sometimes the hero refuses the call flat out. At first Ripley told Burke that she wanted no part of the mission.1 The hero is allowed to vacillate and have some doubt or trepidation at this point in your story. But ultimately, they need to heed the call and make that conscious decision to act — which leads them into Act II.

At some point, usually toward the end of in Act II, the hero gets the crap beaten out of them (either physically or mentally or both), and has a moment of crisis. The protagonist takes a moment to wallow in self doubt, after having just endured some form of tragedy or failure.

In his brilliant book, Save the Cat, Blake Snyder referred to this period as, the “Dark Night of the Soul.” It happens right after the “All is Lost” moment. He believed these beats occurred in every successful movie and was part of the formula necessary for that success.

And while the hero may or may not be taking any action during this phase, they are usually still actively planning their next move. At the very least, events are conspiring to buoy their spirits, or give them the inspiration or help necessary to make them active again, and break into Act III.

So take a hard look at your script and make sure your protagonist is active throughout (with only these few possible exceptions). It’s your best chance for writing a compelling script.