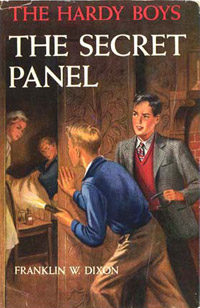 A few days ago, I attended a secret panel discussion of A-list screenwriters in Los Angeles. Technically, the meeting wasn’t a secret, but we were all told at the outset of the discussion to keep the content to ourselves — especially if we had blogs or were reporters.

Well that put a damper on things.

But all is not lost. I’ve decided to post a few general insights from the panel. The intent of the privacy request was to keep secret those intimate and sometimes unfortunate incidents that were discussed that may get the writers into hot water with some Hollywood big wigs.

So by not revealing the specifics of certain anecdotes, or even who told them, I don’t feel I’m betraying that confidence… At least that’s what will allow me to sleep tonight.

One of the new dirty words (for screenwriters), in this new cash-strapped Hollywood, is “Incubation.” It’s a disturbing new trend that’s quickly becoming commonplace.

It’s where writers are asked by production companies to work full-time on rewrites for several months or more without any type of payment for their writing services and no guarantee of an eventual sale. One of the writers said his friend was in incubation for a year and a half!

I’ve had producers flat out tell me that I should never work for free. While that may be extreme — so is working for over a year without any compensation.

I think everyone needs to set their own maximum limits before entering an incubation period, and then stick to their guns. Otherwise, what will happen is a development executive will tell you “just one more month”… and then they’ll recite that mantra every single month. Before you know it, you will have invested too much time to quit. So watch out!

Page-One Rewrites Days Ahead of Filming

Something I found curious was that a many of the writers had experiences rewriting the entire script of a movie just days in advance of production.

I’ve always known that many big Hollywood movies have their scripts thrown out weeks before shooting and are given page-one rewrites. I was also already aware that many individual scenes are rewritten sometimes “on the day.”

What surprised me was that on some very big tent-pole movies, the entire script was being rewritten with only 1, 2 or 3 days lead time of shooting the actual scenes. And these were some fairly complex stories!

The cool thing is that there will be times when you’ve just bumbled your way through a terrible pitch meeting thinking that you’ll never work in this town again, only to discover days later that you got the writing assignment.

Execs don’t expect you to be experts at the pitch (though if you’re a naturally good at it — that certainly helps). They just need you to know your stuff. You need to be the script expert and the fountain of ideas. That will get you noticed, and represents your best chance for getting the sale or the writing assignment.