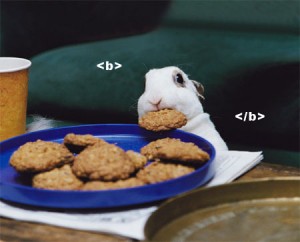 “Whatever you do, or dream you can, begin it.
Boldness has genius and power and magic in it.”
– Johann Wolfgang von Goethe

2010. A new year. A new decade. A new chance to write and sell a screenplay or otherwise break into Hollywood.

But in this new Hollywood where studios are making movies like Battleship — based on a game that was popular back when Disco was still cool — it’s time for some bold new thinking.

The Era of the Pre-sold Franchise

The brilliant screenwriter, William Goldman famously said of Hollywood, “No one knows anything.”

These days that’s never been more true — except a more applicable quote would be: “No one knows anything, so it’s safer to go with a movie based on an existing brand.”

A quick trip over to DoneDealPro.com will tell you that most of the scripts being produced today are based on a book (fiction or non-fiction), a graphic novel, a comic book, a short story, a television show, another movie, or yes, a board game.

Answer:
It’s now easier than ever to create your own.

Fede Alvarez created this amazing YouTube short that showed robots taking over Montevideo, the capital of Uruguay. It landed him a 30 million dollar development deal with Sam Raimi‘s production company.

Many such stories are emerging.

Having Credits Helps Sell YOUR Brand

Are there any low budget filmmakers are there who would like to make short viral videos, but just don’t have a knack for writing? Let me know, and I’ll put the word out to the screenwriting community.

What about graphic novel/manga artists? How would you like to link up with some brilliant screenwriters? Get in touch with me. Perhaps we can hold a competition — the winner of which would get their screenplay turned into a graphic novel?

What about a web based graphic novel? This one image was making the rounds a while back, getting lots of attention, and I know that our screenwriting community could come up with something a whole lot better. Maybe that’s an idea for a new web site?

What bold steps are you willing to take this year — in addition to continuing to write brilliant spec scripts? Send me a message and let me know! I’d love to hear from you.

Wishing everyone a successful 2010!