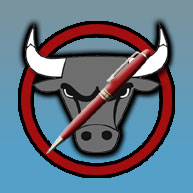 Script consultant, producer and former development exec, Daniel Manus, has written a highly detailed and insightful post on query letters. In fact, I’d say it’s the most complete discussion that I’ve seen on the web.

Here are some snippets:

As for format, your query letter should be about a half page, and never more than ¾ of a page. And while there are different ways to structure your letter, I recommend the following:

The greeting; your title; then a 2 sentence introduction to you which should include anything that is special about you that pertains to your story, writing, or the film business in general that will set you apart.

Next, comes your logline. The logline should be 35 words or less and contain no more than 2 commas. It needs to make clear the genre, the major conflict, and what makes your script different – basically, it’s hook. It needs to contain action words, not just passive, descriptive words (for example, “chooses” is passive, “is forced to choose” is active). It should tell us a bit of the set up or starting point, who the main character(s) is, and then whatever the main story is about.

Then, 1-3 short (!) paragraphs about your story, your main characters, what happens, etc. I always like it when one paragraph is a bit more descriptive and places the script in context by using comparison movies. It’s “this” meets “that.” Or “it’s in the vein of THIS and THAT.” Just make sure to use movies that are similar in genre and tone and that did WELL at the box office! Don’t use a movie just because it starred the same actor you want for your project!

Please click here for the full article. If you’re planning on sending out some query letters, it’s a must-read.

Danny’s a terrific script consultant and speaker that I respect. For those of you familiar with screenwriter Craig Mazin’s recent controversial post, you should read Danny’s rebuttal.