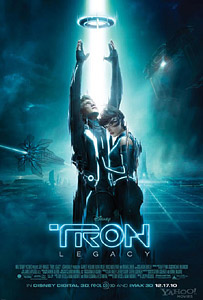 First things first… If you haven’t seen TRON: LEGACY,  and you like that whole surprisey thing, there are MASSIVE SPOILERS BELOW.

The long awaited sequel to the highly regarded Disney film got a lot of things right (e.g. Olivia Wilde + skin tight outfit = excellent) but there are some key things it also got wrong.

I’m not even talking about the subjective things, like why Cillian Murphy‘s character was only in the movie for 3 seconds. I’m talking about obvious things. Things that leave you a little sad, and a lot mystified, as to how they could possibly have ended up in a completed film with a production budget of 170 million dollars.

Like many movies that start off with glimmering potential, there’s a pivotal scene where you realize, “Ah crap, this isn’t going to be the ride I hoped it would be.”

That moment for me in TRON: LEGACY was when that damn security guard decided to step out on the crane. Did anyone believe that a $10/hour security guard would risk his life by walking out on a crane-arm, hundreds of feet in the air, just to apprehend a trespasser? Come on.

4. Would the real Tron Shady please stand up?

So the Tron character is disguised in a black outfit, with a dark motorcycle helmet for most of the movie. That’s cool. What’s not so cool is that so are a lot of the other bad guys.

Sure, Tron uses a double disc or whatever, but if we’re in a midst of an action-packed melee, or if Tron hasn’t yet whipped out his discs, it’s extremely difficult to tell Tron apart from the other guys in tight black outfits… with dark motorcycle helmets. 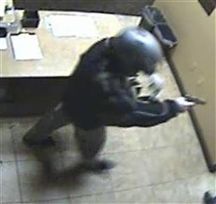 Three or four times in the movie I thought, “They just killed Tron! I can’t believ– No… there he is again.” Couldn’t Tron have been given a simple stylized digital face? Or something  that would allow us to tell him apart much more readily?

3. A not-so-total eclipse of the heart

Tron… He’s a badass villain for 99% of the movie and then in the final action sequence he… what? Has a change of heart?

There was no build-up. No explanation of a restraining bolt, or reprogramming, or even that Tron was fighting against his constraints or true nature. Nope.

All we got at the end of the movie was a cheesy line about how he fights for users. If the filmmakers had taken the time for one simple beat showing Tron’s inner struggle during the movie, this moment would have been somewhat rewarding… or at least comprehensible. [Filmmakers’ homework assignment: This scene from RETURN OF THE JEDI]

We can all agree that Sam Flynn (son of Kevin Flynn) was the protagonist right? In successful action movies, where the heroes triumph, it’s the protagonist that should ultimately save the day.

No so in TRON: LEGACY. Sam Flynn was reduced to the R2-D2 role of mission support.

He was a tail gunner… He sprouted some wings inexplicably at one moment… but in the final sequence he didn’t do a whole hell of a lot. 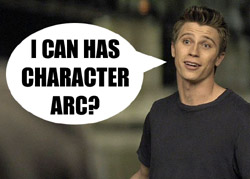 I like that Kevin Flynn sacrificed himself to save his son/the world — but not to end an epic movie. To use another STAR WARS instructional — What if they had just rolled credits after Obi-Wan Kenobi died, and the crew simply escaped to freedom? It wouldn’t have been nearly as satisfying, right?

Before there were digital touch-ups in post production, many movies were lessened by the accidental appearance of a boom microphone. You would see it, and it would completely take you out of the moment.

Well the horrible — I repeat, horrible — CGI used for young Jeff Bridges was the equivalent of seeing a boom mic every five minutes! It made it nearly impossible to suspend disbelief. 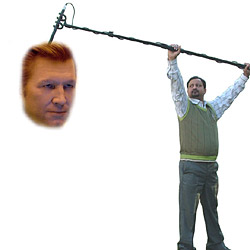 They must have known it was bad too. There were digital filters and darkened screens used to obscure the effect throughout the movie. But I can only ask why? Why was the effect so jaw-droppingly bad? Especially when the rest of the film was so visually stunning.

In THE CURIOUS CASE OF BENJAMIN BUTTON, the effect for Brad Pitt was flawless. In WATCHMEN, Billy Crudup was seamlessly integrated with buff blue… parts. Hell, even with the limited budget of cable television it’s amazing what they’re able to do.

Put it all together, and it amounts to another big budget movie that squandered its potential — on things that should have been obvious to correct.

What did you think of TRON: LEGACY? Were there other obvious problems that you would have listed?