Are talented writers born, not made? 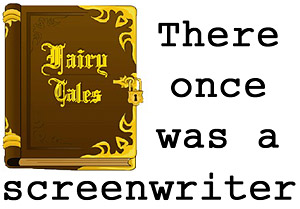 Corey Mandell has an excellent post on what he calls the “dangerous fairy tale.” That is to say, “the fairy tale that talented writers are born, not made.”

The danger of this fairy tale is that it feeds the other seductive notion that naturally talented writers are able to write and sell great scripts pretty much right out of the gate, perhaps even win an Academy Award, just like it happened for (fill in some Diablo Cody-type name here).

Being able to write a first-ever script good enough to sell and get made is a great story.  But we have to keep in mind that the folks in Hollywood are staunch believers in never letting the facts get in the way of a good story.

Without outing anyone, I went to film school with several writers who say they sold their first ever screenplay, which is absolutely, positively one-hundred per cent true… Just as long as we are all willing to pretend that those six or seven less-than-stellar screenplays, written prior to the one that finally sold, don’t actually exist.

Please check out the full inspirational article, and the included video at the bottom of the post by Ira Glass on Storytelling. You’ll be glad you did.