4 mnemonics to make your scenes memorable 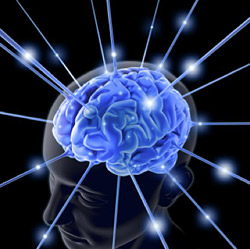 I was researching stuff on the web the other day, and found an article reminding me about mnemonic devices.

Mnemonic devices are used to help you remember things, like coming up with rhymes for names of people. Or coming up with powerful associated images for grocery items you have to recall.

The books I’ve read talk about using violent, obscene or absurd images to associate with things you’re trying to remember, because they tend to create the most vivid memories.

So I was thinking — if those mnemonic devices allow you to remember things more readily, could they also make your scenes more memorable?

We’ve all probably used this rhyming mnemonic, at one time or another, to help us remember how to spell a word:

I before E, except after C…

In screenwriting we have rhyming scenes. Rhyming scenes are those that echo a previous moment, but with a new context, twist or development. Tags, payoffs, callbacks — these are all types of rhyming scenes.

In Rocky, there’s a scene where the out-of-shape boxer can’t make it up a set of steps. But later in the movie, he jubilantly flies up those same steps. It’s one of the most memorable moments in the film because it was set up with a rhyming scene. 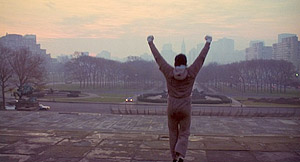 Rhyming scenes often utilize dialogue. A classic example is when a hero throws his enemy’s own line back at him in the climax. I’ll never forget Malcolm McDowell’s irritating line from Blue Thunder: “Catch ya later.” It was sweet justice when Roy Scheider’s character says it back to him after blowing him out of the sky.

Sequels often use the same lines to reinforce a connection between films, and then become catchphrases that are synonymous with the series. For example, anyone recognize this line?

I have a bad feeling about this?

Suppose you need to remember that you have to pick up pickles and toilet paper from the store? Picture someone being tortured by shoving pickles in their nostrils and mouth, and then being smothered with toilet paper. Violent images are extremely memorable.

Is there even a single movie out there that doesn’t have violence, or threatened violence, it it?

Quick, when you think of Reservoir Dogs, what scene pops into your head? I bet there’s a razor blade and part of an ear in it.

Raging Bull? I bet Robert De Niro is kicking someone’s ass or getting his ass kicked. 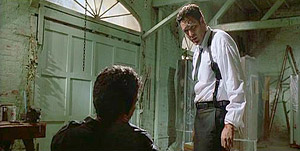 Even movies that aren’t usually associated with violence have memorably violent scenes.

Toy Story 3? That scene towards the end, with the characters at the incinerator? Yeah.

The term “obscene” can mean many different things to different people. Here’s how Merriam-Webster defines it:

1: disgusting to the senses : repulsive
2 a : abhorrent to morality or virtue; specifically : designed to incite to lust or depravity
b : containing or being language regarded as taboo in polite usage <obscene lyrics>
c : repulsive by reason of crass disregard of moral or ethical principles <an obscene misuse of power>
d : so excessive as to be offensive <obscene wealth><obscene waste>

That’s great. Gives us a lot of variety to play around with for mnemonic devices, and for memorable scenes.

From Sharon Stone crossing and uncrossing her legs in Basic Instinct, to Steve Martin dropping the F-bomb a dozen times to the car rental lady in Planes, Trains & Automobiles, there are many different ways to make scenes “obscene” and highly memorable within the context of your movie.

Ah, my favorite one. If we go back to the toilet paper and pickles grocery list example, you could just as easily have pictured something absurd like roasting toilet paper rolls on a stick (like marshmallows), then storing them in a gigantic pickle jar.

Scenes with absurd elements can be extremely memorable too. Look at Being John Malcovich. The premise, and nearly every scene is absurd. But it’s also brilliant.

Sometimes an absurd moment placed inside an otherwise even-keeled movie, can make the scene pop. In The King’s Speech, the Geoffrey Rush character had some extremely absurd and unorthodox training methods. They all made for some of the most memorable and entertaining moments in the movie. 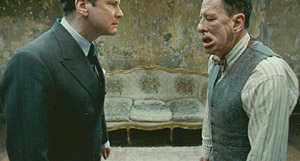 In another Oscar contender from the same year — Black Swan — we get to witness Natalie Portman’s character transform into a winged ballet dancer. It’s absurd and utterly unforgettable.

If you’re looking to create scenes that live in the minds of viewers long after the curtain closes, perhaps borrowing a mnemonic tool from the memory experts is the answer you’re looking for.

What movie scenes are the most memorable for you? Did they utilize any of these techniques?