A different way of looking at creativity 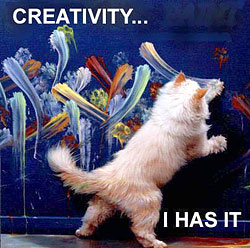 What’s the job of a creative person?

Well not according to John Cormack, creator of popular video games such as Wolfenstein 3D, Doom and Quake. He has something different to say about it. Granted, he’s talking about video games, but the same principle applies to movies.

“If they buy the next Call of Duty, it’s because they loved the last one and they want more of it. So I am pretty down on people who take the sort of creative auteurs’ perspective. It’s like ‘Oh, we’re not being creative.’ But we’re creating value for people – that’s our job! It’s not to do something that nobody’s ever seen before. It’s to do something that people love so much they’re willing to give us money for.” [Emphasis mine]

In reference to the above quote, Sean Malstrom goes into quite an insightful discussion of Cormack’s philosophy on his blog. He reminds us creative types that while we need to be inspired by what we write, ultimately our enjoyment needs to come “from the audience getting enjoyment.”