Logline – Screenwriting Software for the Web 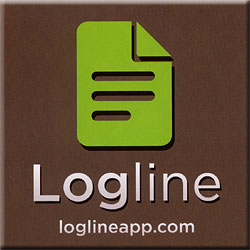 Here’s a great little web app I discovered at the Screenwriting Expo. It’s called LOGLINE. And while it has absolutely nothing to do with loglines, it has everything to do with writing a script… without traditional software.

This web application allows you to write your screenplay via a web browser. That way it’s available to you wherever you go, as long as there’s a computer you can access.

That means you could sneak in a little writing time at work (only during your lunch break of course), and not have to worry about installing Final Draft on your office computer, or worrying about which version you were editing.

The interface takes a bit of getting used to, but there’s autocomplete for characters and scene headings, and a slick drag and drop interface for adding/moving scenes. All the fundamentals you’d expect from your screenwriting software.

I really like how the format allows you to effortlessly go from the outline phase to the screenwriting phase, with a section for Treatment notes. It also lets you have as many “Acts” as you like. I use this system for my sequences, so I have about 8 sequences with about 4 or 5 scenes in each sequence.

Also on the horizon is iPad compatibility. I’m told this feature will almost certainly be ready by Spring of the new year.

The other feature I’ve been pushing for is the ability to specify how many line spaces you want between scene headings.

I also wish the app detected when you were writing a scene heading if you start with “int” or “ext” like in Final Draft. Right now you have to hit [enter] and then select “H” for heading. I’m sure they’ll refine this aspect as time goes on.

Right now the guys are working on an advanced versioning/commenting feature set, which will be unveiled some time in the next few months.

The application is currently in beta testing. For all you non-web geeks, that means the application is stable and working, but needs people like you and me to try it out. Find bugs, report issues, suggest improvements, etc.

During this period, all of the various plans are FREE. Even better, after the beta period expires, any scrips you’ve uploaded will continue to be free to use. So the time to sign up is now.

I’m not getting any type of incentive for this post. I just think it’s a cool application and the guys I met at the Expo were a couple of fellow web geek/screenwriters who’ve spent a lot of time working on this app.

Give logline a try! I think it’s pretty sweet.

Here’s a video that shows you what I’m talking about: