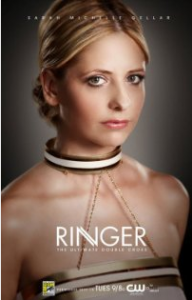 We’re a few weeks into the 2011 Fall season of new tv shows. I’ve checked out a few, so I thought I’d give you my highly subjective take on the ones I’ve watched so far, from “worst” to best. I put “worst” in quotes because none of these shows were bad. But several were disappointments.

I look forward to hearing from those who soldiered on with the shows I stopped watching. Did they get better?

Stay with me to the bottom of the article to see the television series I’m now calling the best new show of the fall season. See if you agree.

If you haven’t watched these shows on your DVR yet, beware *** SOME SPOILERS FOLLOW ***.

A young woman on the run from the mob poses as her wealthy twin sister to try and evade them, but soon discovers that her sister has a price on her head as well. (via IMDB)

I had high hopes for Sarah Michelle Gellar’s return to television. The show was competent. It hit all the beats. But it just didn’t grab me like I wanted it to — maybe because there were no real surprises.

And don’t even get me started on the Saturday Night Live quality green screen special effects used for the speedboat scene. I almost hit the delete button right then and there. 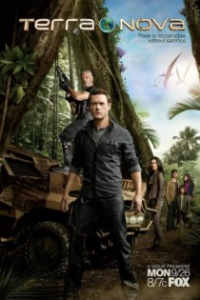 Centers on the Shannons, an ordinary family from 2149 when the planet is dying who are transported back 85 million years to prehistoric Earth where they join Terra Nova, a colony of humans with a second chance to build a civilization. (via IMDB)

Wow, what an uneven pilot they came up with. Visually spectacular, but the story… What maximum security prison allows people to bring in unchecked gifts for inmates? Even if he did have that laser slicey thing, how did the husband get out? (That may have made for a more interesting pilot). And how did he hire some dude to bring [kidnap?] his daughter to him in a back pack? And the son — one minute he’s like, “I’m not leaving without Dad.” And the next minute he’s like, “Dad I hate you, where were you for the last 2 years?”

Implausibility seems to be a troubling, ongoing theme with this show. In the second episode, several military men are driving in an open sided vehicle, despite the fact that there are big scary creatures known to attack fully armored vehicles. Then these trained military men are then killed by bird-like creatures, yet later we see many attacks on people without body armor or weapons who survive. It’s borderline ridiculous. I’m giving this show one more chance to get it right. 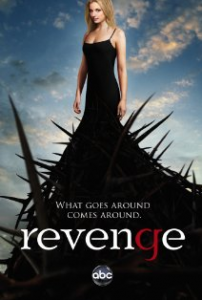 Centers on a young woman who is welcomed into a community filled with people who don’t know she’s only there to exact revenge on those who had destroyed her family. (via IMDB)

Revenge may be a dish that is best served cold, but that doesn’t mean I want my lead actress to be cold and uncharismatic. Damn, I was so looking forward to this show. The Count of Monte Cristo, which this show was modeled on, may be the best story ever written. But this show (the pilot episode at least) failed to capitalize on the premise in my opinion. It was too slow moving, and the revenge schemes weren’t all that clever or interesting. I can see how lovers of soap operas would enjoy this show, but it had a much broader potential that was squandered in the pilot.

Something I think this show really could have used more of was Voice Over, to bring us inside the main character’s thoughts and motives throughout the episode. That’s part of what made Profit such a brilliant show (and unfortunately ahead of its time). And can you imagine Dexter without it? 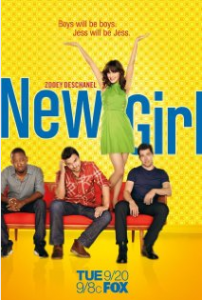 A comedy about the sexual politics of men and women. (via IMDB) And a fantasy about a woman most men in real life would kill to date, but is somehow repugnant to everyone around her (that last bit added by me).

Episodes watched: 3
Final Grade: A-
Verdict: You had me at Zooey Deschanel

All of the characters on this show do a good job, but there’s really only one reason you watch — Zooey Deschanel. If you can suspend your disbelief that there’s this beautiful, hilarious, approachable girl that none of the heterosexual roommates want to date, then you can settle into one of the funniest new shows of the fall. The most recent episodes have shown a lot of growth in the supporting characters as well and I’m really exited about this show’s prospects.

But Zooey, I’m watching you — I see what you do to guys in your movies (500 Days of Summer, All the Real Girls), so don’t be pulling any of that stuff on your loyal viewers! 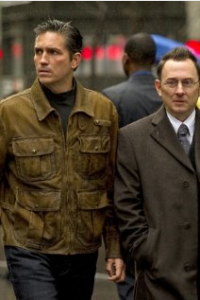 Centers on ex-CIA hitman and a scientist who team up to prevent crimes before they happen. (via IMDB)

Finally, a show that actually exceeded my expectations (even with the pedigrees of J.J. Abrams and Jonathan Nolan as Executive Producers)! After watching the previews for this show, I was a little bit worried that the premise would be too implausible, but I think they nailed it. The shows are gripping, action packed thrill rides from start to finish. The story lines are fresh, with many clever twists that elevate the series above the standard procedural.

Bonus points for this show: We get to hear Michael Emerson call someone “John” again every week.

And finally, my vote for the best new show of the fall 2011 season… 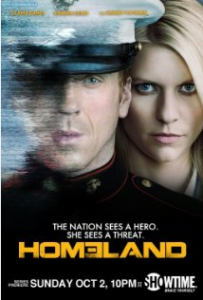 Centers on Marine Sergeant Nicholas Brody, who returns home eight years after going missing in Iraq, and Carrie Anderson, a driven (and possibly unstable) CIA officer who suspects he might be plotting an attack on America. (via IMDB)

Wow. You could tell from the previews that this show was going to be really good. But who would have thought it would be that good! The set up of this show is fantastic. What the previews don’t show you well enough is that the co-main character, played by Claire Danes, is borderline crazy. She’s the only one who believes that a returning war hero may have been turned into a sleeper terrorist — and she may actually be right. The set up is delicious from the points of view of all of the characters involved. I don’t want to ruin any more of the fun. If you missed this show, you need to check it out on Showtime this week. They’ve only aired one episode. Look for this show’s actors to receive Emmy nods come awards season.

Perhaps my mom said it best after watching this show. When the episode ended, she was confused for a fraction of a second because she forgot she was watching a TV show — not a movie! The production quality and acting is that good.

Anyway, it’s your turn to let me know what you think.

Which show do I need to give another chance to? What did I get right? What did I flat out get wrong? What important new shows did I miss?