What’s The Best Part Of An Action Movie? 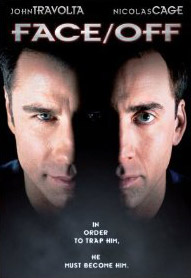 I hadn’t seen John Woo’s 1997 action masterpiece — FACE/OFF — for over a decade. So when it came on T.V. the other night, I couldn’t resist the opportunity to revisit (and try to remember) what I had loved so much about the movie in the first place.

Here’s what I quickly discovered… The best part of that action movie had absolutely nothing to do with the action.

In fact, when I first started watching it again, I thought it was horrible! Over-the-top action sequences. Cartoon-like villains. Ridiculous set-ups… It made me start to question everything I held dear in the action movie pantheon of my mind. What other cherished movies would crumble under the weight of mature, modern day scrutiny? Maybe those Ewoks really did ruin Return of the Jedi?

But then it happened… The movie got past its crazy set-up (an FBI Agent switches faces with a deranged killer in order to stop a bomb plot), and settled in to one of the most entertaining action movies of the last couple decades.

And it did it, not because of amazing action sequences (although there were many to follow). It did it because of the slower moments — the absolutely delicious scenes where each character had to impersonate the other character, and fool everyone around them, in order to achieve their agenda. We got to see Nicholas Cage doing an excellent uptight John Travolta, and John Travolta doing an exceptionally crazy Nicholas Cage.

On top of that there was a ton of dramatic tension — where we know more than the characters do. The killer and sex fiend comes in contact with an unknowing wife and daughter who thinks he’s their husband and father respectively — and pow! This movie becomes supercharged.

Better Than The Action?

Quite often in great action movies, the best or most enjoyable parts aren’t the “actiony” parts at all.

Is it the scene where John McClane meets Hans Gruber, who’s pretending to be a frightened employee, and gives him his gun? Is it John McClane cracking jokes in the air duct? How about that coked-out Ellis guy who liked to say words like, “booby” and “capiche”? 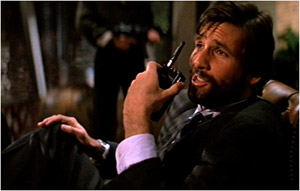 Seriously, this guy was awesome.

There was a ton of brilliant, innovative action in that movie, but odds are you remember some of the quieter moments as much as the more animated ones.

It’s something to definitely keep in mind when you’re crafting your action story. Never neglect the scenes between the explosions, as they’ll probably be your most memorable ones, and what resonate most with your audience.

What’s your favorite action movie? Does it have equal parts brilliant action and brilliant drama?