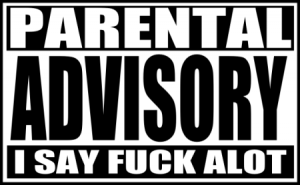 On Saturday I attended a fucking great series of talks sponsored by InkTip — a terrific fucking resource for screenwriters.

Why all the profanity?

Because I got to listen to one of my favorite columnists — Manny Fonseca — who’s known for his foul-mouthed, yet brutally honest and insightful articles for The Business of Show Institute newsletter. I highly recommend subscribing to the free weekly newsletter if you haven’t already.

When not swearing up a blue streak, Manny is a development executive for Kopelson Entertainment (The Devil’s Advocate, U.S. Marshals), where he’s always on the lookout for the next big script.

A Rogues Gallery of Pitchers

His talk at the InkTip Sessions on Saturday revolved around what NOT to do when pitching your script. As a veteran of many pitch fests, Manny’s seen it all. Here are some of the “types” that he and other execs hope to never see again:

The A La Cart

This pitcher gets to the table and plops down his list of scripts, then asks Manny to pick the one he likes. If you’ve got a bunch of scripts, not all of them are going to be suitable (Hint: “No Christmas Movies!”). Just do your homework and pitch the one you think is best for his company.

This is the guy who comes to the table and starts talking about how the movie should be marketed. Everything from the actors who should be cast, to the tagline on the poster. This guy’s never had a movie produced, but he’s going to tell Manny how to do his job? Really?

The Show and No Tell

At the last pitch fest I went to there was this duo at a table who had a flip-chart that seemed to show every weapon under the sun. The exec at the table didn’t know what to do with these guys. They sure knew their weapons, but their ponderous presentation distracted from the script itself. Just stick to selling your script with words. If you can’t do it at the table, how are you going to present it to a room of producers, studio execs, etc.? Same goes for homemade trailers of your script.

You have an agent or manager? What the hell are you doing at a pitch fest? Odds are if you’re at a pitch fest, then you’re not really represented. You might be “hip-pocketed” but you’re not an actual client. Hip-pocketing means that the rep will be happy to take a commission for your script if the right buyer comes along, but you’re not on their official roster of clients whose careers they’re actively working to build. Odds are, if you mention that you’re repped, you don’t know the difference. And that’s a big red flag.

The “I got Drew Barrymore”/”I got James Franco”

(He gets those two a lot.) First of all, just because you had a conversation with an actor once, and they expressed a polite interest in your idea, doesn’t mean they’re interested enough to actually star in your movie. Even worse, any mentions of actors being attached are met with high levels of skepticism. Don’t say you’ve got someone attached if you don’t. Manny will just call the actor to verify. Yeah, he can do that. And does.

Some people spend most of their time entering contests. Every. Single. One. Think you’re more enticing to Manny just because you’ve placed in the finals of the Spuzzum Film Festival? Think again. There are only a handful of script competitions that producers, managers and agents get excited about. And unless you’ve won one of those contests, it’s not worth mentioning. In my opinion, The Nicholl Fellowship might be the only one where a semi-finalist standing carries some weight — but even then, Manny’s probably not interested.

The Too Many Scripts Guy

Writing a great script is a lot of hard work. Writing dozens of great scripts is a lifetime of hard work. If you tell Manny you’ve written 50 scripts, that doesn’t impress him. It just tells him that you don’t rewrite. Almost every great writer will tell you that writing is rewriting. If you’re simply cranking out script after script, without much thought to revision, you may lack the discipline or habits required to make it as a screenwriter. And your scripts are probably terrible.

The “Have Some Traction” Guy

This is the guy who tells you that he already has traction with Producer A or Director B. That’s great — so why aren’t you making the movie with them? If these other people are so keen, then why are you coming to Manny? Keep your tenuous connections to yourself and just pitch your movie.

One of the best pieces of advice when pitching your script is to “just be normal.” Easier said than done of course. But you definitely don’t want to come across as a used car salesman. You know the type. They come to a pitch fest with their snappy speech patterns and rehearsed lines. Don’t do that. Just have a normal conversation with the person you’re pitching to that showcases your passion for your script.

You’re probably pitching to an intern. You probably make more than they do.

It may be the 2nd or 10th draft of your script, but the producer, director, manager, agent doesn’t need to know that. It needs to feel like it’s hot off the presses, like no one else in town has read your script. Being first to read a potentially brilliant script is cool. Trudging through a script that’s been circulating through the fringes of Hollywood for years — not so much.

Don’t follow-up about your script

If someone has asked to read your script, there’s no need to follow-up. If they like it/love it, they’ll get back in touch with you. If they haven’t had a chance to read your script yet, you may risk irritating them by getting in touch with them. You don’t know what’s been happening in their lives… whether their mother just died, or whether they’ve been on vacation for a month.

Did you fall into any of the categories above?