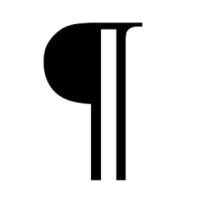 When do you start a new paragraph?

One thing that tends to confound new screenwriters is the issue of paragraphs. Some scripts have longer paragraphs. Other scripts have shorter ones — some as short as one word.  So how do you decide it’s time to start a new paragraph?

I’m glad you asked. And the answer is surprisingly simple:

One shot = one paragraph

The movie in your mind

As a screenwriter, you should be visualizing your movie as you write it. And in doing so, you’re actually imagining the various shots and angles the audience would see if you directed the movie.

So when you visualize the action in your mind, whenever the camera angle changes — that’s considered a new shot. If it’s a new shot, then it should be a new paragraph.

Let’s look at an example. Visualize the following action from my script FIRE FIGHT. Where would a new shot occur?

Red flashing lights undulate across the top of Portland, Oregon’s LADDER TRUCK 10 as it speeds to an apartment complex. 20 stories up, thick smoke plumes from windows on the top floor. High winds whip the ashy cloud into chaotic swirls. Panicked residents stream out the front entrance, past the arriving truck.

I’ve chosen to break up the action as follows:

Red flashing lights undulate across the top of Portland, Oregon’s LADDER TRUCK 10 as it speeds to an apartment complex.

20 stories up, thick smoke plumes from windows on the top floor. High winds whip the ashy cloud into chaotic swirls.

Panicked residents stream out the front entrance, past the arriving truck.

So why have I broken the action up in these spots? Because there would be different shots used to capture the action. Since I’ve chosen to focus on the “red flashing lights” and the truck itself, that’s a tighter shot. In order to jump 20 stories up, you’d have to use a wider shot to capture it, so it’s unlikely it would be all part of one take.

However, if I had written something like this, it’s conceivable it would be one shot.

LADDER TRUCK 10 speeds to the base of an apartment complex. Flames ravage several floors of the building.

In this version, we’re referencing the fire truck and the burning building in what is effectively one continuous image. So it’s conceivable that we’re seeing both things in one wide shot.

And what about the second paragraph break I chose?

Well, we go from looking at the “high winds” “20 stories up” to the the “panicked residents” streaming “out the front entrance.” So we’ve gone from focusing on the top of the building to the lower floor of the building. That would typically require a new shot angle and therefore a new paragraph.

The pacing of the movie/script will often determine the length of your paragraphs. Action scripts tend to have shorter paragraphs because there are so many more shots involved. There’s a lot happening and switching rapidly between shots invokes the feeling of urgency.

Drama scripts, on the other hand, tend to have slightly longer paragraphs because we’re usually taking more time with each shot, establishing the tone the scene or soaking in the emotions of the characters.

It’s really important that you visualize your movie when you write it. If not, it won’t “feel” like a movie, and the reader will notice.

This is the kind of tip I routinely give as part of my script consulting or proofreading services. If you’d like some help with your script, I’m here for you!