Turn Your Script Into A Novel & Sell It – This Guy Did! 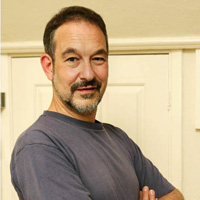 Interview with Paul A. Mendelson

Paul A. Mendelson is a professional screenwriter and a super nice guy to boot! He was kind enough to give us some insights into how he’s been able to take his scripts, turn them into novels, and get Hollywood’s interest.

If you’re thinking about taking this path and want to see how your writing stacks up, I would definitely check out Paul’s latest novel, A Meeting in Seville.

And now to the interview…

Paul, you’ve done something really impressive — you’ve turned a script into a novel, then sold it to producers interested in adapting it into a feature film. What’s more, you’ve successfully repeated that process several times! What’s your secret?

Thanks for this. Good question. But I think you’ve exaggerated my success a tad.

So far I’ve made one actual sale to producers of a book that began life as a script. It was my first novel, In the Matter of Isabel, published last year.

The other two novels-inspired-by-scripts are bubbling under – one is ‘in development’ in LA – and there is a lot of interest in my most recent novel A Meeting in Seville. I’m expecting them also to be optioned before long

Another children’s novel as yet unpublished, based on a TV treatment, is being considered now for a series.

Of course the producers who bought the first book were delighted that there was a script already written. (I did revisit the original script as writing the novel had thrown up many new and richer ideas). This was clearly a plus for me.

When you ask about my secret I think the novels gained a lot of strength from what I had learned writing the scripts. Before I even began the novels I had the characters, the structure and much of the dialogue fairly nailed down. And I owe a lot of this to feedback on the scripts from colleagues, agents and especially people such as BlueCat and Screencraft, whose contests I entered and whose excellent notes helped enormously.

I have to say the novels are works in their own right, not padded out scripts. My publishers had no idea they had even been scripts.

I am in no doubt that producers are hugely attracted to existing IP and that a book – if it’s good – makes the script easier to sell. I actually found my LA producer via linked in. She approached me after receiving a general email I sent to several of my connections when the book was published. I feel very fortunate as she and her UK partner are great and highly respected.

I hadn’t intended to turn my scripts into novels. I had written a family movie which was much liked but I was told by several people there are very few family movies which aren’t based on books. So I wrote Losing Arthur and now, via some colleagues, I have found a possible home. (I can’t as yet say where as we are still in discussion but it feels hopeful)

You ask what my secret is. I think it’s no secret. I just bit the bullet and wrote the books. I had no idea until I began that I was any sort of novelist. Now I’m starting to believe that I might be.

Interestingly people who have enjoyed my books tell me they can really ‘see’ them. So this is perhaps what a scriptwriter – and I’ve been one for thirty years – brings to the party.

Thanks for clarifying. If anything, I may have understated your accomplishments! Sounds like your screenwriting skills really informed your novel writing. But how much did your previous screenwriting success factor in to your ability to get producers to look at your novels?

I’d have to say that my track record in TV (and possibly script contests) was clearly a factor in getting my novels seen. And a BAFTA nomination doesn’t hurt.

But I still found I had to do most of the work myself – as opposed to agents etc.

I do have a script agent but found it really difficult to get a book agent. This was probably because I’m not ‘genre’ and at my age clearly don’t have decades of novel-writing ahead. They like youngsters they can nurture and mould. (It looks I will have one very soon – but only after having had three novels published). So I found the publisher myself, who liked my work enough to publish it. (The novels aren’t self-published – they’re properly selected, which of course was an endorsement for me)

Once In the Matter of Isabel was published I did, as mentioned, try to tell every contact I had about it. I suspect the LA producer I finally found, who had previously accepted my Linked-In invitation, might not have done so had not my own contacts and profile been in some way appealing. (I’ve created several long-running BBC comedy series, written some acclaimed drama for TV and radio and had movie scripts optioned.)

Regarding my children’s novel Losing Arthur, a script editor I know – who seems to rate my work and who edited my most recent novel – liked it and its scripted version enough to show it to some people who showed it to other people … etc etc.

So now I’m trying to do the same with my newly published novel A Meeting in Seville. People do seem to like the book, I’ve written the script, so I’m about to put it out there. Like Losing Arthur, the script was a Screencraft Finalist, which may also help. And, of course, I have an excellent script agent.

So in answer to your question, I doubt I would have got this far without my previous success. However, had I been able to find a good book agent then they would have made the contacts for me and my track record would have been less important. (It would be more relevant in giving me credentials to script the novel they’d just bought!)

Success definitely begets success. But indeed, there’s also no substitute for good old fashioned hustle. Leveraging LinkedIn is a nice tip for finding publishers and networking with producers, etc. What other advice would you give to screenwriters who are not credentialed pros with any helpful contacts yet are thinking about turning a script into a novel in order to gain traction in Hollywood?

I would have to suggest trying to get the novel published, which most probably would mean either finding an agent (they read hundreds of manuscripts but take on very few) or – as I did – a legitimate publisher who likes the work. But again they have hundreds submitted.

At least this way the uncredentialed, unconnected writer would have someone who does have the contacts – especially if it is a reputable agent.

And it’s not credentials or a track record that get you agents or publishers. It’s the quality of what you send. Unlike film companies, agents do read unsolicited, unrepresented work – or at least the first three chapters/10000 words. Just check out their requirements and submissions policies.

Or, of course, one can self-publish, so at least you have something other than a script to tout around. The trouble with self-publishing is there is no quality control (some call it vanity publishing). But these days with Amazon etc you can build up a huge raft of positive reviews which causes other algorithms to kick in and the book takes on its own agency. This can actually lead to heavy-duty publishers taking an interest and taking the writer on. Which of course would interest the film companies.

I’m not sure how much attention film companies would pay to a self-published book unless you could get some legitimate mainstream reviews from respected celebs, reviewers, critics etc to go with it.

So basically it’s still a lottery. But what I would say is that writing the novel not only gives you something real, sold and ‘actual’, a work of art that exists its own right, like a painting or a sculpture – it will also probably make your script a lot better when you revisit it once the novel is done.

You can find out more about this talented screenwriter and novelist at paulmendelson.net.