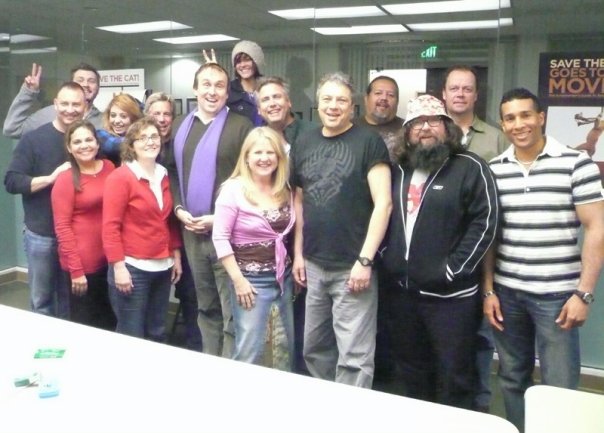 Ten years ago today, the world lost an amazing soul. At just 51 years of age, Blake Snyder — author, screenwriter, educator and all-round helluva guy — died unexpectedly and left everyone who knew him reeling.

I first met Blake back when I lived in Vancouver, British Columbia. I had taken a screenwriting course, still trying to figure things out, and the instructor recommended this Blake Snyder character, who I’d never heard of. He was having a seminar on the weekend, so I decided to check it out. Little did I know, it would change my life.

In walks this tall man with an infectious smile, a childish glint in his eye and a crazy scarf around his neck. I didn’t quite know what to make of him. He had just come out with the book, Save The Cat! The Last Book on Screenwriting You’ll Ever Need and hadn’t quite ironed out all the kinks of his seminar yet.

But what he presented from Save The Cat! was — and is to this day in my opinion — the easiest and most accessible way for a beginner to understand the structure of a feature film script and the underpinnings of story itself.

I know in the years since his death, he gets a lot of flack for having produced a “formula.” But the people who say that are missing he point entirely. Blake wasn’t prescribing a formula for movies, he was observing and extracting the common DNA of successful Hollywood films.

No heterosexual single guy says, “I’m really bored of women. They all have the same basic skeleton.” There is an endless variety of looks and personalities that can exist within that framework. The same goes with film stories, and it drives me crazy that Blake’s not around to defend himself as he often would so eloquently. 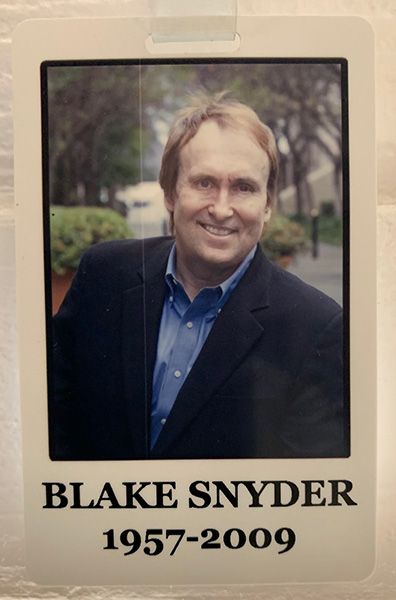 After I had moved down to L.A., Blake’s weekend Save The Cat! weekend workshops were finely tuned and legendary must-have experiences. So I signed up to learn once again, in-person, from the master. I was blessed and star struck to share the class with Nancy Cartwright from The Simpsons and many other amazing industry people and outsiders who came to be inspired by Blake.

And inspire is what he did best. He knew the challenges of screenwriting but somehow managed to imbue his students with unbridled enthusiasm and confidence.

His scarf was still there and so was his boundless energy and excitement for the craft. I remember he would jump up in the air like a little kid while saying “I. Love. This. Stuff!” While he was an incredibly successful screenwriter, he would admit that his true calling was teaching, and boy did he excel at it!

The weekend course was a true bonding experience for everyone involved, and I’m still friends with many from the class. After the workshop, whenever any of us would reach out to him, he would always get back to us immediately with an insightful or supportive message. He was that kind of guy.

When I attended his public memorial just a few weeks later, it was packed with people from all over the world who were touched by him. I still have the memorial tag all these years later; it’s like a writing talisman that I look at before I start a script or when I struggle with a story issue.

On the back of the tag there’s a quote from Blake that he said on the last day of his life:

“The most important thing to do is to love what you’re doing.”

He certainly did, and I definitely do.

Thank you for everything, Blake. I really miss you.