An Easy Way To Understand Theme 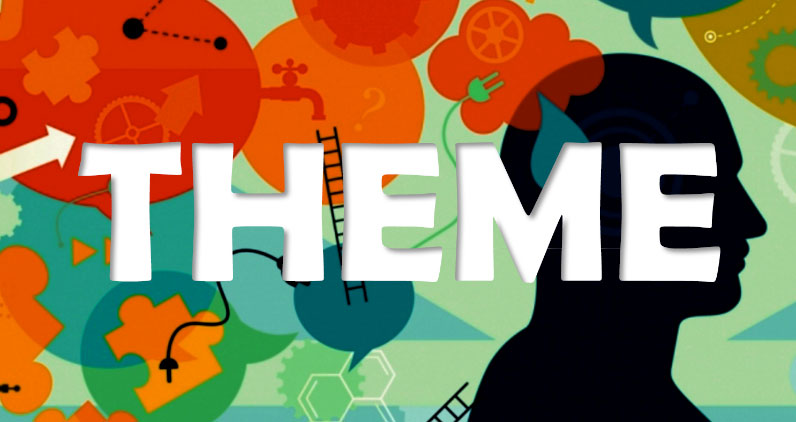 If there’s one aspect of screenwriting that confuses people more than any other, it’s theme. To be honest, it confused me for the longest time as well. And that’s because people who write about theme tend to get all philosophical and flowery in their efforts to define and explain it, or they misrepresent it entirely.

So I’m going to make this really simple because it actually is:

Theme is the argument you’re trying to make with your story.

Boom. That’s it. No need to get all fancy. Your script is simply the proof for your argument.

Here are some common examples of themes:

Notice how many of these themes are opposites? That’s why it’s not good enough to just give one word descriptions of theme.

You often hear people say things like, “My film deals with themes of loss, sacrifice and redemption.“ Huh? Those aren’t themes — they’re just things that happen in your movie.

Or they’ll say, “The theme of my movie is love.” Love? That’s not a theme, that’s just subject matter and tells us nothing about the movie. Can you even name a movie that doesn’t have love in it?

These are properly expressed themes about love:

Some people like to phrase their theme in the form of a question that their script explores. So the above list of love themes above could be written as:

It’s fine to phrase your theme as a question if that works for you, but in the end you should probably answer that question in your script or you risk leaving your audience feeling unsatisfied.

How does the theme help me?

When you know your story’s theme (i.e. the argument you’re trying to make), you can use it to help you write your script.

How? Well, when crafting scenes, your theme helps you maintain focus. It’s the lens through which you should view each scene. Does the scene you’re writing explore or test your theme? If yes, great! If no, change it or scrap it.

Remember, you may have an individual scene that suggests the opposite of your argument is true, only to bounce back with a scene that reinforces the theme.

That’s why I like to use the term “argument” when discussing theme, versus words like “statement” or “message.” With any great argument, both sides of the issue need to be accounted for; an argument implies a thorough examination.

A statement can be superficial. A message can feel preachy.

Famed movie producer Samuel Goldwyn was rumored to have said something to the effect of, “If you have a message, call Western Union.”

Your theme represents the emotional underpinnings of your script. If you’ve neglected to consider your theme, odds are your script will lack resonance.

Let’s look at some of the 2020 Oscar-nominated films

MARRIAGE STORY
Theme: Divorce is hell, especially when a child is involved.

This theme permeates every single scene. Even the scenes where we see the two leads comparatively happy during their marriage serve to showcase how much worse divorce can be.

There are many moments during the film where one of the two soldiers expresses doubt and fear over their mission. But honoring their loved ones, their friendship and their comrades in arms always wins the day, and they continue on their nearly impossible journey.

Note that this theme is almost the reverse of 1917’s. As difficult as it may be, the Robert De Niro character (along with his buddy, Joe Pesci’s character) consistently chooses self-preservation over loyalty to his family and friends.

The script does a great job of justifying his decisions, too! That’s the great thing about themes, there’s no right one or wrong one. You just have to make sure your script makes your argument.

Can you have multiple themes in your movie? Absolutely. But try to have one main one. It will prevent your script from meandering all over the place.

Theme first or after?

A theme is like a logline — you don’t need to have one before you write your script, but if you do, it’s a whole lot easier.

If you want to discover your story as you write it, make sure you figure out your theme by the end of the first draft. It will really help to streamline things and make your story gel in the rewrite.

Was this post helpful, or are you still confused by theme? Let me know!