Are you my density? 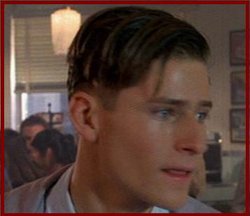 Are you still writing dense paragraphs of description in your script? You know what I mean. Those paragraphs that keep going and going like the Energizer Bunny. If so, it may be working against you.

How long is too long?

It’s the Covergirl approach to screenwriting. Keep things easy, breezy and beautiful. From a psychological point of view, the less you can make reading your script feel like drudgery, the more likely it is that the reader can focus on, and become engaged in, the story.

So give me a number already?

The way I see it, if the Wachowski Brothers can get away with four line, or fewer, paragraphs to describe The Matrix (with rare five line exceptions), what the heck are you describing that you need six or more lines?

So I would see if you can get away with four or fewer lines per paragraph. It’s amazing how imposing this rule on your writing forces you to tighten things up. The last screenplay I wrote, I imposed a three line maximum on myself and was able to accomplish it. The final draft ended up being much stronger.

Breaking up the paragraphs

In desktop publishing they call it “chunking.” If you have a lot of information to present, break it up into chunks.

A good rule to follow when crafting your scenes is to imagine it like a movie. If you would likely see the action you’re describing in more than one shot, then break it up.

Let’s use an example from The Matrix. See if you can tell where this paragraph should be broken:

Neo is a blur of motion. In a split second, three guards are dead before they hit the ground. A fourth guard dives for cover, clutching his radio.

The shot changes when we go from Neo to the Fourth guard, so here’s how it reads in the script:

Neo is a blur of motion. In a split second, three guards are dead before they hit the ground.

A fourth guard dives for cover, clutching his radio.

So keep it simple and don’t be my density.