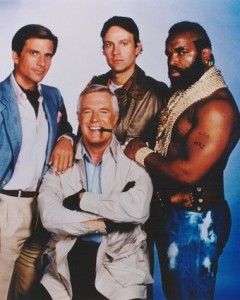 Steven L. Sears is a cool guy. Not only has he written for some of my favorite TV shows, including The A-Team and Xena: Warrior Princess, he’s also generous with his advice to aspiring screenwriters.

He’s given me permission to re-post a response he gave to someone on Facebook asking about breaking into television with a spec script.

To paraphrase the original question:

“I’ve just completed a script for a Legal Drama TV series. What’s the next step?”

Depends on many things. Odds are none of them are things you will like.

1. Move to Los Angeles if you aren’t already there.
2. Write more scripts, get five of them ready to go.
3. Don’t get any idea that you will sell your TV scripts; they are intended ONLY as samples of your work.
4. Use those samples to try to interest an Agent into representing you.
5. Network in the industry as much as you can.
6. Keep writing new scripts.
7. Don’t get the idea that you are going to sell your spec TV scripts to the series you wrote them for. You won’t and you’ll likely hurt your chances if you try.
8. Reread 7.
9. Reread 8.
10. Once you do get an Agent, strategize where your strengths are and try to get pitch meetings. Your agent will use your sample scripts to do that.
11. When you do get meetings, go in and pitch possible ideas for episodes. If you are tempted to hand them the spec script your wrote for their series, reread 9.
12. Repeat until you get an assignment.
13. Go back to number 5 and repeat.

Keep in mind what I just outlined above is the EASY way to do it.

I love it when a plan comes together. Thanks Steven!