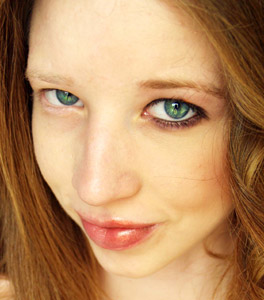 That mischievous glint in their eye — at least one person in almost every screenwriters’ group has it. They’ve made a decision to end their script with the ultimate bang — by killing their protagonist.

You don’t see it all that often in movies — so it’s edgy and cool, right?

1. It’s only edgy and cool when it works. Unfortunately it’s very tricky to make it work, and to make audiences (and more importantly readers and producers) embrace it. Careful thought and planning must be taken to ensure viewers come away feeling satisfied.

2. Just like the point of my first article on Edgy Screenwriting (where I discussed the dangers of the “Jerk Protagonist“), killing your protagonist and giving your script a tragic ending isn’t actually all that rare — it’s just rarely ever made into a film. All things being equal, studios will opt for movies with “up” endings (as they’re typically better received than movies with down endings). So why take the path of most resistance?

Your ending must be unexpected but inevitable

Killing your protagonist may make for a surprising ending, but that’s only part of the equation. Satisfying an audience means ensuring your ending is unexpected, yet feels somehow inevitable1. It means that the tragic ending with your hero dying must feel right, like it shouldn’t have ended any other way.

All too often the novice screenwriter with that glint in their eye isn’t thinking so much about the inevitable part of the equation. They are merely preoccupied with the novelty of killing their hero — regardless of the build up, rooting interest for the hero, or the message of the movie.

No ending is an island

The ending of your movie doesn’t stand alone. It’s the culmination of everything that has come before. It therefore must be a natural conclusion to the events, and it must reconcile with the theme that has thus far been supported.

If your hero is a cop, and the first 90 minutes of  your movie speaks very strongly to the theme: “Crime doesn’t pay,” then at the end, the villain pumps the hero full of lead and makes off with the loot — how well do you think that movie’s going to be received by test audiences (and long before that — prospective producers)?

More than one way to kill your protagonist

In the follow-up to this article I’ll look at various movies where the protagonist does die, and why those movies work.  In the meantime, if you think that killing your protagonist is just the “shock value” or twist your screenplay needs, you may already be scriptwrecked. I recommend a bottle of extra-strength Visine to take that mischievous glint out of your eye.