Edgy Screenwriting (2B): 13 Ways To Kill Your Hero 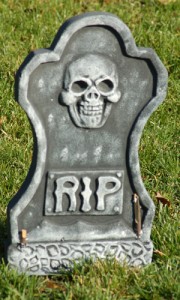 In Part 2A of the Edgy Screenwriting series, I discussed why killing your hero is not a great idea for a spec script. But if you’re afflicted with the stubborn gene, and determined to kill your hero/protagonist anyway, this article explores some ways to do it right.

I always find the best approach is to look at movies where edgy screenwriting works and then reverse engineer them. But always keep in mind there are many variables at play in Hollywood.

The death of your hero requires not only perfect execution (no pun intended), but requires sympathetic readers, producers, studio executives, directors, actors and test audiences. There are  a lot of links in the chain that be easily be broken at any time. So kill your protagonist at your own risk.

13 ways your hero can get away with dying

Note: Often times a satisfying hero’s death will simultaneously incorporate many of these methods (listed in no particular order). These types of deaths are not just limited to main characters either. Beloved secondary characters will often exit utilizing these methods.

13 ways — see I told you it was unlucky1 to write that kind of ending!

Now let’s look at some examples.

This article discusses the ends of a number of movies. I can’t even post the names of the movies as a heads-up because that, coupled with the title of this article, would still spoil the ending of the movie. It’s likely you already know the endings of these famous movies, but all the same, you have been warned.

Examples of movies where the hero/protagonist dies

Again, a quick reminder that most movies (wisely) employ a number of these methods. Therefore, many of the movies cited could easily have been listed in multiple places. I’ve only listed a couple of examples but, yes, I’m aware there are probably more obvious ones.

1. The death is foretold or shown

2. The hero was already dead

3. The hero sacrifices himself for another

4. The hero’s death reinforces the theme

8. The hero is on his last legs

9. The hero flirts with death

Do you have a satisfying way for your hero to die that isn’t listed? Please post it below.