All that you see or seem… 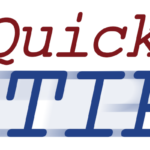 I had no idea the extent to which green screen was being used in television.

I knew they obviously needed it for hangar bay shots and such on sci-fi shows like Battlestar Galactica. But the technology is so widely available and economical now that they’re even using it for mundane street shots.

And the effects are impressively seamless and realistic. The same shots would have been considered cutting edge for movies just a few years ago.

Take a look at this video to see what I mean.

It just shows you that if you can dream it up, filmmakers can create it. It’s very freeing as a writer to know that.