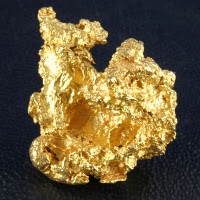 One of the blogs I follow is The Bitter Script Reader. He offers some great insight into why screenplays work and don’t work, as well as a glimpse into the mindset of a current Hollywood script reader.

In his latest article: A Year at the Movies – Part 1, he discusses a bunch of films he’s seen this year and whether or not they were worth the price of admission. It was in his review of the movie Taken [Amazon | IMDB] that I found the following nugget:

Best of all, throughout the film it felt like the kind of movie that would have had the guts for Neeson to fail in his rescue attempt, a decision that makes either a happy or an unhappy ending much more powerful.

Let’s Dig Into the Nugget

One of the biggest complaints that many screenwriters have is that they don’t want to write an ending that feels formulaic. Quite often that leads them down the dark path of killing their hero or ending their movie on a down note.

Mr. Bitter has hit upon the formula… er, I mean, the recipe — for writing a happy, yet satisfying, ending.

It’s not just about the ending

Most of our favorite movies have happy endings. But the reason they work so well is because (given the previous events that occurred in the movie) the happy ending, or well-being of a main character at the end of the movie, was in doubt.

Develop a rooting interest for your hero

In E.T.: The Extra Terrestrial [Amazon | IMDB], we see E.T. die in Act 2, so we know that anything is possible. But we love that little alien critter so much, we can’t wait to see him get back to his ship safely.

In the Wizard of Oz [Amazon | IMDB], Dorothy is locked in a castle with an evil witch and (possibly more evil) flying monkeys. Her perilous journey had seen her almost die on several occasions. Even if she makes it out okay, will all her beloved friends? We’re rooting for them every step of the way.

In The Matrix [Amazon | IMDB], several of Neo’s comrades had already died. At the end, Neo had rescued Morpheus (and the Oracle had told Neo that he would need to sacrifice himself) — so we literally don’t know how it’s going to turn out. But we’re sure hoping it will turn out well.

I could go on and on, but the point is clear — put that doubt in your audience’s mind as to the outcome and you’ll have them hoping for a happy ending, instead of expecting one.