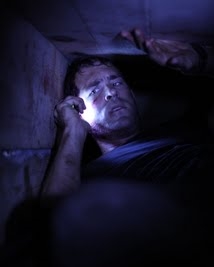 With the recent sale of the low-budget film Buried at the Sundance Film Festival, and the success of movies like Paranormal Activity, a lot of screenwriters are hoping to craft the next great low-budget film.

1. Make Sure It Is Contained

One of the key things low-budget filmmakers look at is the number of shooting locations in your script. If your story takes place in five locations or less, it is said to be “contained.”

Here are a couple of excerpts from one of InkTip‘s recent newsletters (where they post industry requests for scripts):

We are looking for completed feature-length contained indie scripts in the vein of “In Bruges,” “Up in the Air,” “Juno,” or “Thank you for Smoking,” i.e. anything written in a Jason Reitman style. Specifically, though not exclusively, we are interested in screenplays which feature young adults (16-21). Please note, contained means 85% or more of the story takes place in 5 or fewer locations. A location in this context refers to the setup and breakdown of equipment for a shoot, so if your script takes place in five rooms in a single house, that’s still just one location. A city, on the other hand, is not a location. [Emphasis Added]

We are looking for completed feature-length mystery/suspense scripts that can be shot on a first feature budget. Submissions should be for contemporary, character-driven material that takes place in five or fewer locations. [Emphasis Added]

If you’re writing a low-budget feature film on spec, make sure it’s contained in five or fewer locations.

2. Embrace the Limited Number of Locations

Some screenwriters are now taking big budget movies they’ve written and converting them into low-budget flims. That’s a very tricky thing to do — especially if the story is to maintain its organic feel.

When James Wan and Leigh Whannell developed their idea for the movie Saw, they built it from the ground up — knowing they needed a story that could be fully realized with only a handful of locations.

The story came out of that mandate, and therefore worked very effectively. If you take a big budget movie and simply strip locations out of it, more likely than not, you’ll simply end up with a watered down version of your original concept.

It is therefore vital that you write a movie that works better as a low-budget movie than as a big-budget picture. The story should capitalize on the limited locations, rather than feel like it’s suffering because of it.

Can you imagine how much less effective (and successful) Paranormal Activity would have been if it were filmed with a large budget?

3. A Low-Budget Film Does Not Mean A Weak Concept

Just because you’re writing a low-budget film it doesn’t mean you can get away with writing a boring, cliché or uneventful movie. Concept and execution are still king.

The Blair Witch Project, had a brilliant marketing ploy with the idea of “found footage.”

Open Water, had a horrifying and attention grabbing premise.

Paranormal Activity, featured some genuinely creepy moments that had never been filmed before.

Moreover, all of these films made the most of their respective hooks by sustaining tension throughout and building to a thrilling climax.

Does your low-budget spec script have a powerful concept? Is it entertaining/enjoyable/thrilling throughout?

Despite what the headlines tell us, it’s still a very difficult market for spec scripts of all budgets. Whether writing a low-budget indie or a big studio feature, write the hell out of that script! It’s the only way it’ll be sold.