The Madness of Comedy Movie Ratings 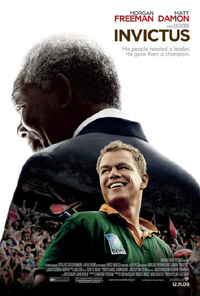 A while back I watched Invictus, starring Morgan Freeman as President Nelson Mandela, and Matt Damon as the smallest rugby captain I’ve ever seen. (I know Invictus isn’t a comedy, but bear with me.)

I haven’t read the script (written by Anthony Peckham), but what I do know is that the resulting movie (directed by Clint Eastwood) was just okay. Fundamentally, it didn’t really know what kind of movie it wanted to be.

There were scenes of:

Despite all that, the movie rates a 7.5 on IMDB.com. That’s fine. My beef isn’t with the Invictus rating per se — it’s with the fact that many of the best comedy movies of all time rank lower. 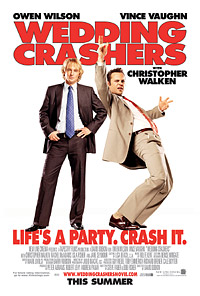 Here are ten of my favorite comedies off the top of my head, sorted in descending order of IMDB Score. Only two of them beat Invictus.

Most of these movies routinely appear on “best comedies of all time” lists, were all box office successes, and produced some of the most quoted lines ever.

So why the low ratings for these, and other, comedy powerhouses?

Even though it’s a widely held truth in the film industry that the comedy genre is the most difficult to write (and get right), perhaps the perceived level of difficulty is lower than for other movies. After all, “It’s just a bunch of guys telling jokes and acting like idiots.”

When many people rate comedy movies, do they have a set hypothetical maximum score that’s less than 10? 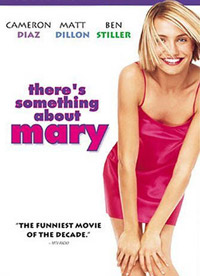 Invictus (IMDB Score: 7.5) tells (or tries to tell) the story of an inspirational South African leader’s journey to unite his country. There’s Something About Mary (IMDB Score: 7.2) is about a bunch of guys who want to bone a hot chick.

The Road (IMDB Score: 7.5) is bleak story about a father and son struggling to survive in a post apocalyptic world. Wedding Crashers (IMDB Score: 7.2) is about a couple of guys who crash weddings so they can bone hot chicks.

Does a more serious plot imbue a movie with a greater perceived importance and qualify it for a higher score? (Or does a “boning hot chick(s)” main plot necessitate a sub 7.5 score?)

Maybe it’s not the plot. Maybe it’s the emotional and intellectual range of  the movie.

Groundhog Day — the highest scoring movie on my spur-of-the-moment list — takes us on a complete journey with the Bill Murray character. When he’s trapped in his recurring day, we go through all five stages of grief with him — Denial, Anger, Bargaining, Depression and Acceptance. We also feel sad for an old man who dies, warmed by the romance of the two leads and enlightened by the main character’s journey.

Perhaps strictly tickling our funny bones isn’t nearly as satisfying as pulling our heart strings and other emotional or intellectual chords. But then again Airplane! scores a 7.8, and that movie only has one speed — fast and furious comic gags. 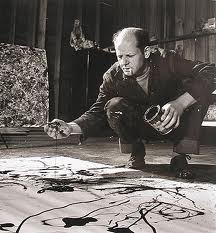 Many people look at a Jackson Pollock painting and see pure genius. I just see paint dribbles. Who’s right? Art appreciation is subjective and so is comedy.

For every person who roared with laughter when Cameron Diaz used Ben Stiller’s… hair gel in There’s Something About Mary, perhaps there were just as many who found the comedy puerile and crass (in a bad way).

Do the rating scales tend to balance out for even the funniest comedies?

Invariably when you ask someone what their favorite kind of movies are, they’ll include on the list, “comedies.” Yet, for whatever reason, comedy movies just don’t get the respect they deserve when it comes to ratings.

Do you have a favorite comedy that I haven’t mentioned? Punch it into IMDB. You may be surprised by its score. Conversely, would you rate your favorite comedy movies a 10? No? Why not?

As a rule, are the best comedies just not as good as the best non-comedies? I certainly don’t think that’s the case.

What are your thoughts? Do the best movies rise to the top of the ratings heap regardless of genre? Or are comedies judged more harshly than other movies?