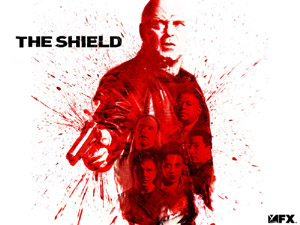 This really should be kept secret, but you can learn a lot by watching the making-of DVDs. – Bill Murray1

Many a screenplay has been scriptwrecked by scene bloat. Either scenes go on too long, or they don’t belong in the script in the first place.

As screenwriters, one of our main goals is to make our scenes as short as possible — maximum impact/minimum words. A great way to learn how to trim your scenes is to watch the deleted scenes of your favorite movies and TV series, especially if they come with a Director’s commentary track.

Why were the scenes cut?

Recently I watched all 7 seasons of The Shield on DVD. It’s one of the grittiest, most innovative and exciting television series ever created. It’s also one of those rare shows that actually gets better with every season.

Fortunately for us, Shawn Ryan, the show’s creator, provides a commentary track for all of the episodes’ deleted scenes. Here are some of the most common reasons the scenes were cut, in no particular order. The lessons can be applied to both television writing and feature films.

The next time you rent a DVD, make sure to check out the deleted scenes. Watch them first without the commentary track and see if you can recognize why they were cut. Once you have a feel for it, it will help your writing immensely.

Watching and learning from The Shield… Best. Homework assignment. Evar!