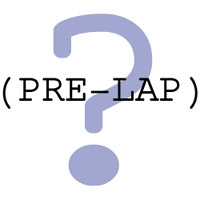 What the heck is Pre-lap?

I had a good discussion with some of my screenwriting friends last week about using “PRE-LAP” in a script. Since many hadn’t heard the term before, I thought I’d cover it on my blog for those who may be unfamiliar with it.

John August has an excellent post on the subject, on which he succinctly defines pre-lapping as follows:

Pre-lapping is when dialogue begins before we’ve cut to the scene in which it’s spoken.

Here’s an example of how it might be used in a script:

Simon kisses his mistress goodnight. Looks her up and down as she sashays to her car.

Guilt written all over his face, Simon gapes at his wife.

You are totally cheating! You can’t look at all the questions first.

She hurls a plastic Trivial Pursuit pie piece at Simon’s head, revealing a board game being played with ANOTHER COUPLE. They all laugh.

I never get away with anything.

Notice how the impact of the scene(s) is dependent on the pre-lap setup? In my opinion that’s the only safe time to use it. Safe, meaning that readers should understand why you used it.

Pre-lap gets a bad rap (some readers hate it) because many writers use it simply as a  stylistic choice that would be better left up to the editor of the movie.

For example, it may not be wise to use PRE-LAP for a line of dialogue spoken over a quick establishing shot, even though you see it all the time in movies and television. The editor makes that call.

In the above example, I could have used: WIFE (PRE-LAP) instead of WIFE’S VOICE (PRE-LAP). But using the latter approach is more immediately clear that we’re not seeing the character speak the line.

Here’s another example of how PRE-LAP might be used effectively:

Simon yanks a tarp over her. Climbs astride the body, holding a baseball bat. Strikes the limp figure, again and again...

The brutality of man...

A spectacled FEMALE HOST speaks to a packed house.

... Never before have we been given such a startling glimpse into the mind of a remorseless serial killer. It gives me great pleasure to welcome bestselling author Simon Janus to the stage.

Amidst thunderous applause, Simon strides to the podium, all smiles.

The main point I wanted to get across with the above example is how there was a juxtaposition of the action of the first scene with the dialogue of the second scene. It provides an ironic impact to the sequence.

Bottom line: If you’re going to use PRE-LAP, it has to provide an extra punch to the scene(s) that isn’t merely stylistic.

Some people, like Christopher Riley in his book, The Hollywood Standard: The Complete and Authoritative Guide to Script Format and Style, advocate only using V.O. (Voice Over) and not using PRE-LAP at all. And this Wikipedia page uses O.S. (Off Screen) in conjunction with PRELAP.

In my opinion, using PRE-LAP, when appropriate, easily avoids the confusion associated with O.S. (So she’s there in the scene?), or V.O. (So she’s narrating?), and is intuitive enough that new readers unfamiliar with the term will get it.

As writers we’re taught to use the perfect word for the given situation. In these instances, I say PRE-LAP is it.