5 Things to Consider When Incorporating Feedback 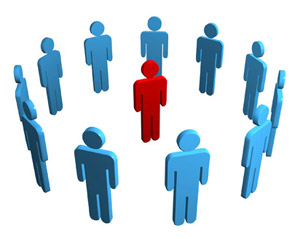 I have a few friends who have a hard time knowing what to do with the feedback they receive on their scripts. So for all you similar screenwriters out there, this post’s for you.

(Note: This post has little to do with the development phase where you’re incorporating notes from executives. It deals with the rewriting phase of your script where the only people who have seen it are friends, family, peers, script consultants, etc.)

5 Things to Consider When Incorporating Feedback

1. Does it resonate with you?

If the note you receive on your script doesn’t make sense to you, you should never incorporate it. There has to be some recognition of its inherent validity for it to be considered. Never follow a note blindly, no matter who’s giving it to you.

2. Is everyone saying the same thing?

While it’s important to stay true to your artistic vision, ultimately you want a script that appeals to your audience. If you consistently get the same note back from your respected readers, you need to seriously consider incorporating it.

3. Does it hint at an underlying or alternate problem?

Suppose you’re absolutely sure that some story beat needs to stay in your script, yet your readers keep flagging it. It’s entirely possible that the setup to the beat, or some other aspect of the scene or script needs tweaking. Part of your job is to read between the lines of what people are saying.

4. Are you resistant to a suggestion because of the work involved in correcting it?

Sometimes we’ll bristle at a suggestion, and immediately think, “No frikken way!” Usually that happens when the suggestion involves a major change.

When you receive such a note, take a deep breath, let the feedback wash over you for a couple of days, then try to evaluate it as dispassionately and honestly as you can. If you decide the feedback is valid, it might take you a few extra weeks, even months, to rewrite your script, but that’s a much better alternative than hoping no one else will see the problem… because I promise you they will. You’ve come this far, you might as well give your script the best chance of selling.

If you’ve just written a raunchy teenage comedy and your grandma thinks some of the lines are too offensive… you should probably take that with a grain of salt.

But that’s an easy call. Often you’ll have peers who are accomplished in one particular genre, but may not have expertise in your genre. Or maybe you’ve given them harsh criticism on their last script and they’ve been itching for some payback.

On the other side of things, if someone who’s been around the block for a number of years tells you something that no one else has told you, it’s possible they’re bang on with their feedback and they’ve seen something that more casual readers have missed.

Either way, make sure you run the feedback through all five of these litmus tests before you start incorporating it. And remember, no one knows your story better than you do.

How do you process feedback?