The Serendipity of Final Draft 8 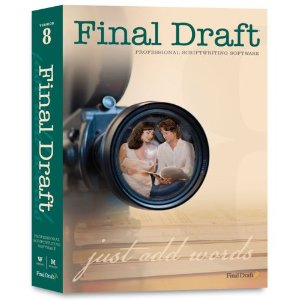 Final Draft is arguably the most popular screenwriting program out there. Recently I upgraded from Final Draft 7 to Final Draft 8. I know, I know… What took me so long, right? I’m a big believer in the old, “If it ain’t broke, don’t fix it” adage.

Anyway, I eventually realized that Final Draft 7, while not broken, was glitchy. So I upgraded. And there was a surprising result.

In my latest script, I was at the end of page 65 in Final Draft 7. After upgrading to Final Draft 8, I was now halfway down page 64! I had miraculously saved a full page and a half, just by upgrading!

Over the course of a full script, that might work out to 2 or 3 pages in savings. And that’s HUGE! Upon examining my script side by side in Final Draft 7 and Final Draft 8, I noticed that the settings were exactly the same. The only difference was that Final Draft 8 seemed to allow for a few more millimeters of space per page.

A few millimeters doesn’t seem like much, but on certain pages it  allowed for the occasional pushed content to be brought back onto a previous page — which of course caused a cascade of savings across the entire script — without having to cheat the margins.

So if any of you have been putting off purchasing Final Draft 8, you can count, page count reduction serendipity as a great reason to buy.

Hmm… I wonder what my page count would be in Movie Magic Screenwriter (that other really popular screenwriting program)? Anyone have any experience comparing the natural page counts of the two?