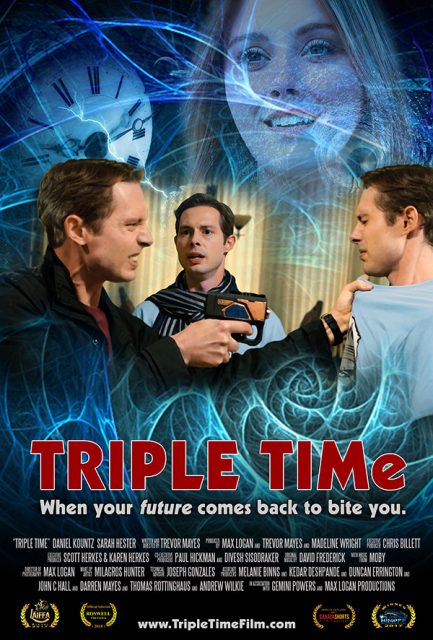 After some private screenings and notable contest wins, I’m proud to announce that my short film TRIPLE TIMe is having its official world premiere at the Roswell Film Festival!

Here’s more info on the event that takes place from April 24 – 29th in Roswell, New Mexico:

A theoretical physicist discovers his life is in danger when he comes home to find two future versions of himself.

If you’re in Roswell on Thursday, April 26th, and haven’t yet been abducted by aliens, stop by for the afternoon premiere of TRIPLE TIMe and say hi!