Are You Using Naked Sluglines? 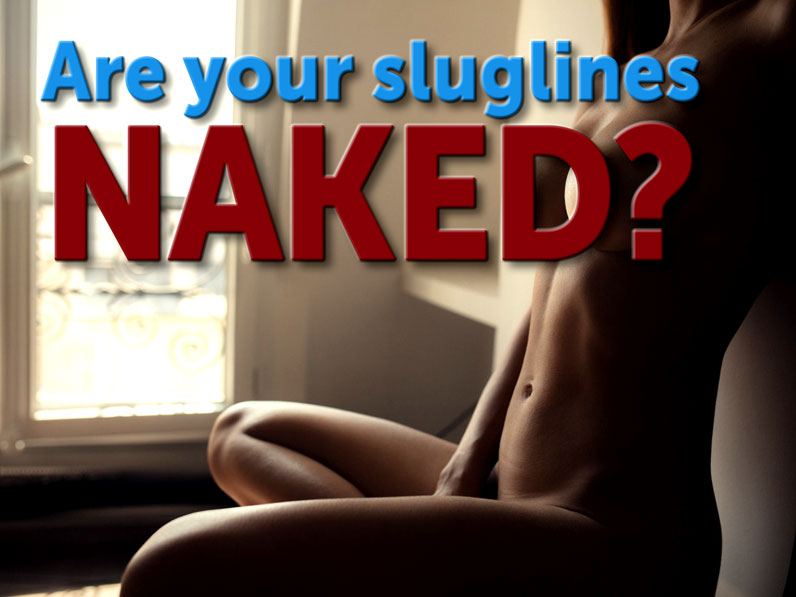 Actually, even before that — what’s a slugline?

A slugline is just another word for a scene heading.

A naked slugline is a scene heading that has no action line(s) after it. It just sits there, exposed… then goes straight into dialogue.

It’s a bad thing, and I see it far too often in amateur scripts — especially when setting up a phone conversation.

That’s no good! You need to set the scene for the reader. What’s Darlene doing when she receives the call? Is she studying at a desk? Cooking breakfast? Playing with her cats? Show us.

Without any scene description, depending on what you have in mind, things could be very different.

Now contrast that with this version:

With a naked slugline, you have no opportunity to reveal Darlene’s character or circumstance. Don’t leave it up to the reader to fill in the blanks.