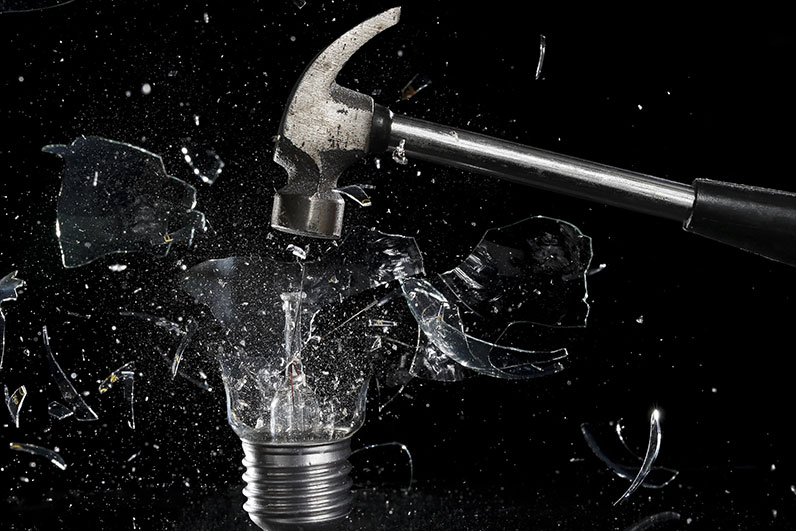 My answer was that the script idea is more important. But for those of you who have been following my blog for years know, I’m not interested in any specific agenda other than to give you the best information possible about screenwriting.

So when Producer Chris Moore stopped by the site to weigh in on the question, I was compelled to listen. If you just said to yourself, Who is Chris Moore? Shame on you!

Your delightful penance is to binge-watch all four seasons of Project Greenlight. For those who don’t know, Project Greenlight is an amazing show produced by Ben Affleck, Matt Damon, Chris Moore and others that gives you an unprecedented look into the realities of making an indie film. It also gave screenwriters and directors the opportunity to get their big break.

Simply put, I LOVED every second of every season. One of the standouts on the show for me was Chris Moore. I greatly respected his smart, no-nonsense approach to things on Project Greenlight and later on a similar show called, The Chair (which I also highly recommend watching).

Here’s what he had to say about my post:

Well I totally disagree. Guy [loses] his kids in a fire and tries to get out of his own misery to take care of his nephew upon the death of his brother. Not a good “idea.” 4 buddies in their senior year in high school want to help each other lose their virginity. Old and done, right? How about a math genius is a personal wreck and meets a prof who is also a mess and they help each other out of their ruts. Again sounds boring and a horrible pitch.

Manchester by the Sea. American Pie. Good Will Hunting. My name is Chris Moore and I produced all 3. Execution is crucial. If you want to win an Oscar, Good Will and Manchester, or become the A list writer who rewrites folks who just have ideas, be a great writer and be able to turn any story into a great movie. Then, yes, having both is the best, but never underestimate “execution.”

He’s right of course. For dramas (especially) and comedies, it really is about the execution. And like he says, having both a strong execution and concept would be best.

For other genres, I’m still convinced that concept is slightly more important. But even so, if you don’t have at least a solid execution, you’re probably dead in the water.

So the moral of the story is: both are crucial! Do everything you can to make your script the best it can be. Come up with a great idea and write the hell out of it!

Thanks for the terrific feedback, Chris!