Cut the CUT TO: 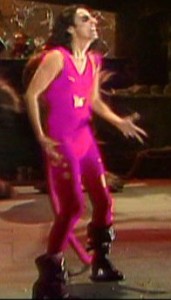 Often times, the trickiest part of screenwriting isn’t finishing your first draft — it’s paring the dang thing down to 115 pages or so! Every line becomes critical. It’s therefore key that we don’t use any superfluous transitions.

Transitions (directions for the visual movement between scenes), like CUT TO:/DISSOLVE TO:/etc., should be used infrequently (if ever) these days in your script.

You should only feel the need to use CUT TO: in instances where the movement from scene to scene does not follow a logical flow, and may cause confusion for the reader. One legitimate use would be if your script involves parallel action that takes place in separate locations.

Another legitimate use would be if you’re jumping around in time (where the action isn’t a FLASHBACK). I read a script recently where CUT TO: was used very effectively to jump between several couples being interviewed by the same psychiatrist over the course of a day.

You’ll also see CUT TO: being used where the dialogue or action of one scene ends abruptly and transitions us to the next scene (indicating their connectedness) — often to humorous effect.

It’ll be a cold day in hell before you’ll see me in that!

It’s not technically incorrect to use CUT TO: in this way, however, in my opinion it’s unnecessary. The above scene would be just as comprehensible and would work just as well (or better?) without the CUT TO:

So if your script is running long, I say cut the CUT TO: in the above type of scenario (or better yet, don’t use it in the first place). You’ll save two lines. Carry that forward through your entire script and you may save a precious page or more.

What’s your take on CUT TO: ? For me, if it’s used too often, it just stands out like… a pink unitard.