Reader Question: Passive Protagonist in Being There? 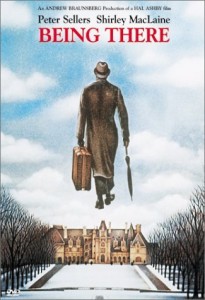 I’ve written about Passive Protagonists before here, and here. It’s a topic that’s near and dear to my heart, because it used to be my blind spot.

Recently John B. emailed me the following response to a challenge I posed:

Regarding:
“Can anyone out there think of a recent movie that featured a true passive protagonist — successful or otherwise? Please post below.”

I would argue that “BEING THERE,” one of my favorite movies, is the best example of this I can imagine.

Peter Sellers as Chance Gardener “The Fool Triumphant” is so passive that he barely moves without someone or something else nudging him along and he does not make a conscious decision most of the time, which defines passivity.

Before I assess whether or not Chance (“Chauncey Gardener”) is a passive protagonist, I have to say that Being There is an amazing movie. If you love great movies, and haven’t seen it, don’t rob yourself of one of the most impressive surprises in movie history. Go rent this one NOW!

The surprise is so profound that it forces you to reevaluate everything you’ve just watched up until that point. I’m not going to tell you when it happens in the movie, but I can guarantee you will not see it coming. It’s simply brilliant.

Now that I’ve hopefully sold you on seeing the movie, stop reading this article (or click the EJECT button). Thar be SPOILERS ahead.

Before I can answer the question, we need to define what a passive protagonist is. To quote from my previous post:

The protagonist is the one pushing the action and pursuing her1 external goal with dogged determination. That’s the hero we want to see (in any genre of movie). She is not merely reacting to things being thrown at her or being pulled along through the adventure. 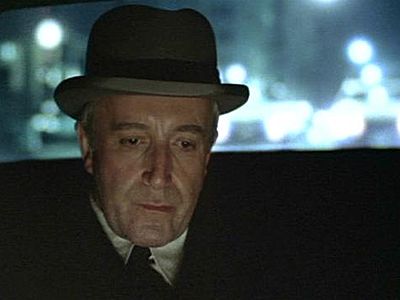 So let’s break it down. Is Chance pushing the action? Said another way — could the main beats of the story have occurred without Chance?

The answer of course is no. Chance pushes the action. He may of course be oblivious to his influence, but nonetheless, he’s the one moving the story forward and changing/inspiring those around him.

But what about his goal? Does he pursue it with dogged determination? Does he even have a goal for that matter?

At the beginning of the movie, his goal is clear. He needs a new place to live. He needs a new life. Much of the joy of watching the movie comes from worrying that his housemates and guests will finally discover that he’s not a brilliant aristocrat, and is instead a simpleton gardener (or is he?).

So is he passive or not?

One does get the impression throughout the movie that Chance is not a willful character. He’s just happy to go with the flow and watch his television. And yet great things continue to happen for him as he rises to incredible heights of success — hobnobbing with titans of industry, entertainment and politics. 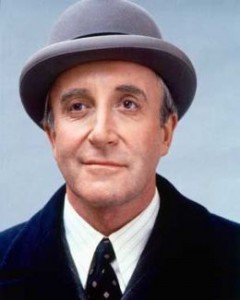 Given the extraordinary ending of the movie, there’s an argument that can be made that Chance was gently pulling the strings of those around him the entire time. Even if that’s not the case, he is able to deftly, if not unwittingly, maneuver in the world he’s found himself in and solidify his place in his new home.

Sure, he gets nudged along, but ultimately he’s the one who makes the key choices and actions in the movie. He chooses to go along with Eve Rand to the home. He makes friends with, and provides peace to, Ben Rand. He impresses the President with his speech. He decides to go on the talk show and wow the audience with his simple truisms.

While there’s a case to be made for him being a passive protagonist based on his demeanor and perhaps his intentions, I think the powerful influence he has on those around him, makes him an active one.

What do you think? Was Chance a passive protagonist?

Any other candidates for a passive protagonist in a mainstream movie?