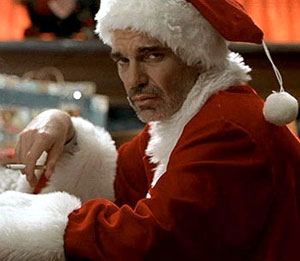 Have you ever received a note back on your script telling you that your main character isn’t likable enough? It’s very common.

But what does that really mean? The protagonist isn’t friendly?

Maybe. But it could also mean that the character isn’t multi-dimensional or engaging.

This is the obvious one. Blake Snyder’s Save The Cat! book is so named because many movies have a scene early on where the protagonist does something akin to saving a cat — to show that (s)he’s a good person. The idea here being that you’ll be more likely to get behind such a decent character.

It doesn’t always have to be a heroic or kind-hearted act that makes you root for a character though. Really, likability is about empathy. So depending on the character you’re trying to develop, often times there will be a scene early on where your protagonist is beaten down, taken advantage of, or otherwise disadvantaged in some way.

Or if your protagonist is a jerk, we see what makes them tick. That way even if we can’t relate to their situation, we can certainly understand why they are the way they are and we’ll start to root for them.

Is there something intriguing or mysterious about this character? A flaw that can be shown? Something peculiar about the way the character acts or speaks. Blake Snyder used to call this “giving your character a limp and an eye patch.”

It really works though. We like to watch characters that have something interesting going on. Something that shows we’re watching a fully fleshed out individual, with many layers, and not just a mere archetype.

Ideally you want your audience to be smiling when they watch your character. Smiling doesn’t mean that it’s funny necessarily — it just means the character is entertaining in some way.

Is (s)he super smart? Super clueless? Does (s)he intimidate people? Does (s)he flaunt the rules? Figure out what makes your protagonist entertaining, then play that up!

“Likability” just means that the audience likes to watch your character, not that (s)he’s a saint. So don’t forget to make your characters L.I.E.!