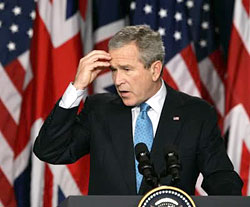 Not even an ounce of sprachgefühl.

Some of the coolest words that have permeated the English language are German in origin: schadenfreude… zeitgeist… doppelgänger… And they’re fun to say too!

Why? For years I’ve been talking about there being two types of people — those who instinctively care about grammar and spelling. And those who don’t.

Well, I now have a word for what people like me are afflicted with:

sprachgefühl (noun): an intuitive sense of what is linguistically appropriate. (source: Merriam-Webster)

sprachgefühl (noun): A feeling for language; an ear for the idiomatically correct or appropriate. (source: The Free Dictionary)

You know who’s dripping with succulent sprachgefühl? The guy who runs the 10-Page Torture Test.

Recently I posted one of my scripts to Talentville.com as part of a contest to win a free pass to The Great American Pitchfest coming up this weekend.

Long story short — a Talentville member downloaded the 10 page preview of my script and was so jazzed about what he saw that he wanted to put it through his site’s “torture test.”

Here’s a guy who cares so deeply about the craft of screenwriting, and the importance of a great first impression, that he set up a site to critique the first 10 pages of scripts for willing screenwriters.

From his home page:

* First impressions count. If your screenplay doesn’t wow the reader by page ten, forget about it. On the other hand, ten terrific pages can earn the reader’s goodwill. If your next ten pages sag, the reader will let it slide and hope for a return to form instead of hurling your script across the room.

At 10PTT.COM we yank and slash and pound your words until your first ten pages snarl, ripple, and glisten like a jungle puma leaping with jaws wide to clamp down on your reader’s soft, salty throat.

We’ll trim the fat off your pages and inject what’s left with 150 ccs of AWESOME.

This is not a paid reading service. It’s done purely for the love of words on the page. Anyone who loves language can participate.

Seeing as how I recently critiqued someone else’s script in a similar manner, how could I say no? Head on over to the site to check out his comprehensive, funny and insightful notes for my first ten pages. Then join the discussion and get your sprachgefühl on!