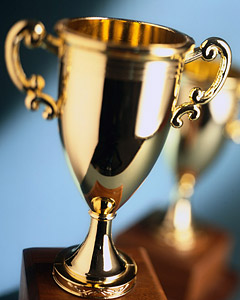 At the Great American PitchFest 2012, I attended four free classes. In my last post, I discussed the class that dealt with selling your script. Today’s post gives you the deets on screenwriting contests, courtesy of the following panel:

The free class was called: “Screenplay Competitions – How to Win, Why Enter & How They Can Change Your Life”

That sounded like a something I needed to check out! Here are some of the things I learned:

The question and answer period was especially enlightening. Here are some good ones (all paraphrased):

Q. Is it a good idea to resubmit the same script two years in a row?

A. If it’s been substantially rewritten, then yes. If it hasn’t been rewritten, the answer was mixed. Most judges seemed to think that it was a bad idea to resubmit the same script, however Joan Wai related a story about a writer who submitted the exact same script a second year in a row and ended up winning a Nicholl fellowship!

It was also noted that quite often competitions will have about 50% new judges from year to year, so it may pay to resubmit if you feel that your script was misunderstood. Until robots get into the game, judging will continue to be subjective. But the bottom line is that everyone’s looking for a great script.

Q. Has the advent of screenwriting software improved the quality of  scripts over the years?

A. “They’re just as bad, but better written.” – Howard Casner

Note: He said it jokingly, but there was truth behind it. Of all the panelists, his passion for finding innovative scripts and quality writing was probably the most evident.

Q. What’s the percentage of scripts that are good?

A. The general consensus seemed to be about 1 in 20. (Note: At the previous panel discussion of script consultants, they said about 1 in 100. Perhaps the quality of writing is better for competitions than it is in general.)

Q. Is there an advantage to submitting your script earlier versus later in the competition cycle?

A. Obviously it’s cheaper if you submit your script earlier, but most seemed to think there was no real advantage. However, one judge admitted that they tend to get tougher on scripts as the competition goes on. But that is balanced out by the fact that later in the competition, a really good script might be fresher in their minds when it comes time to fight over the finalists.

They also agreed that it’s probably not such a great idea to submit your script right at the very last possible minute. It’ll still get read fairly in their contests, but in less reputable contests, it may not get read with as much vigor or interest.

What are your thoughts on screenwriting contests? Any success stories out there?