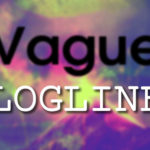 In a previous post, I discussed the difference between using dashes (hyphens) and dots (ellipses) at the end of a sentence — a common source of confusion. Recently, I’ve discovered a new and erroneous trend with hyphens.

With increasing frequency, I’ll see a writer use hyphens to both indicate an interruption (at the end of a sentence) and also to start off the next speaker’s dialogue (at the beginning of the following sentence).

Let me show you what I’m talking about.

You never let me finish a single sent--

--That’s because you never have anything good to say!

Those two hyphens in front of “That’s” in the sentence above? Completely unnecessary. The two hyphens at the end of Peter’s sentence are all we need to indicate interrupted speech.

The only time you’d use two hyphens to begin a character’s dialogue is when the second speaker is attempting to complete the first speaker’s sentence.

You never let me finish a single sent--

-- Sentence? Yeah, because I always know what you’re going to say.

In the above exchange, Peter’s dialogue could also have been written with the double hyphens coming after the word “single,” without the partial word “sent.”

Do you have any other hyphen-related questions or need me to proofread your script? Let me know!