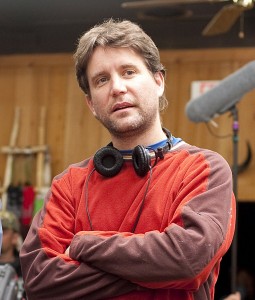 A few weeks back I went to the Great American PitchFest and had a blast. I posted my overall impressions here. And also discussed a couple of free classes I attended, here and here.

Here are some random tips from his interview (along with my usual paraphrasing) that I found interesting.

Tip #1: On breaking out of one genre after you’ve found success there…

Hollywood straps you with the “golden handcuffs.” You tend to become associated with one genre. But it’s possible to “reinvent yourself by degrees.” For example, if you’ve had traction with an action movie, you could write an action comedy next. Then if that one hits, you could write a comedy, etc.

Tip #2: Before you send your script out to decision makers…

… start on a new script. That way “it’s easier to take rejection, because you’re already invested in a new project.”

“Simplicity is your friend when it comes to character. Keep it simple.” Play up the one thing that makes your character stand out.

Tip #4: “Never write past your punchline.”

He gave the example of the following line:

“The last time I was in a woman was when I went to the Statue of Liberty.”

It’s less impactful if you were to say it as follows:

“The last time I was in a woman was when I went to the Statue of Liberty in New York City.”

End on the button.

Tip #5: To be successful as a writer…

… you need to be like the T-1000 Terminator. In your career you’ll be routinely shattered to a million pieces by criticism and rejection. The successful writers will be the ones who can “relentlessly and robotically let these pieces coalesce.”